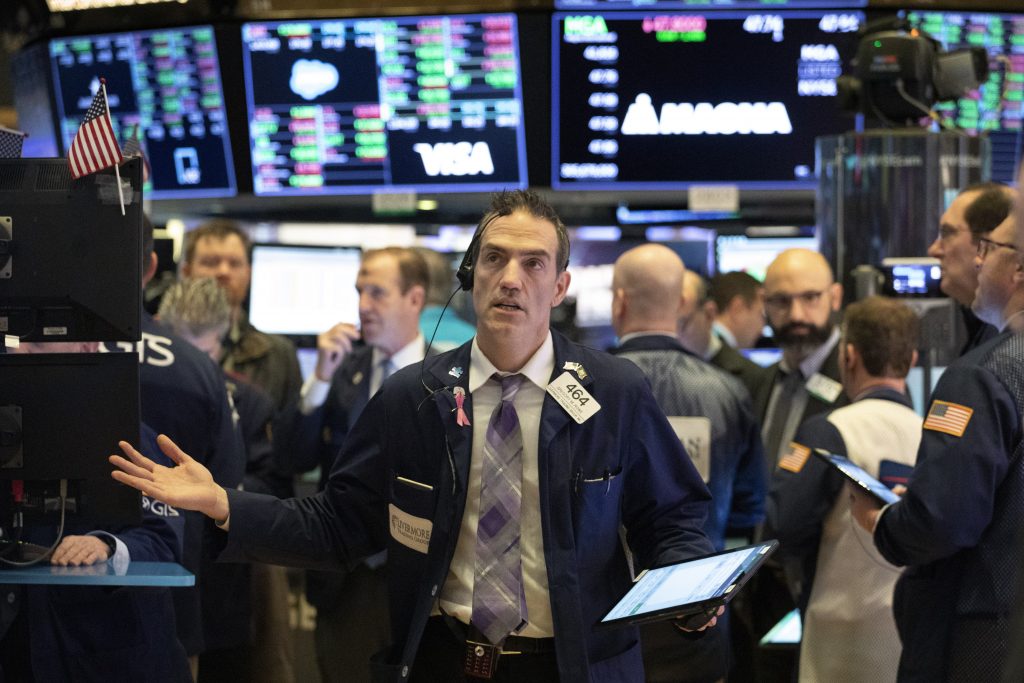 U.S. stocks shed the modest gains they had made in early trading and veered mostly lower on Wednesday afternoon, deepening the market’s losses for the week.

Worry about economic fallout from the virus outbreak that originated in China fueled a sharp sell-off this week that wiped out the market’s gains for the year.

The virus continues to spread and threatens to hurt industrial production, consumer spending, and travel. More cases are being reported in Europe and the Middle East. Health officials in the U.S. have been warning Americans to prepare for the virus.

Energy companies led the selling Wednesday as oil prices declined. Comparex Energy lost 4.9%. Cruise operators including Royal Caribbean and Carnival continued to fall sharply, deepening a rout that began a month ago. Both stocks have lost more than 30% over the past month.

The tech sector was among the worst hit by sell-offs this week as many of the companies rely on global sales and supply chains that could be stifled by the spreading outbreak. Microsoft rose 0.8% and Adobe rose 0.6%.

Drugmaker Pfizer rose 2.7% and was among the gainers in the health care sector.

VIRUS UPDATE: The virus outbreak has now infected more than 81,000 people globally and continues spreading. Brazil has confirmed the first case in Latin America. Germany, France and Spain were among the European nations with growing caseloads. New cases are also being reported in several Middle Eastern nations.

President Donald Trump will hold a news conference later Wednesday, along with representatives from the Centers for Disease Control, to discuss the virus.

MOUSE EXIT: Disney fell 4.2% following Bob Iger’s surprise announcement that he will immediately step down as CEO of the giant entertainment company.

LINGERING MALADY: Cruise operators and some other companies that depend on travelers continued falling as virus fears persist. Norwegian Cruise Line Holdings fell 6.7% and Expedia lost 5.7%.

BUSTED BUILDER: Toll Brothers slid 13.6% after the homebuilder reported disappointing fiscal first-quarter profit. The poor results initially weighed on some of its rivals, but most of them recovered by midday. A government report Wednesday showed that sales of new homes jumped 7.9% in January to the fastest pace in more than 12 years.