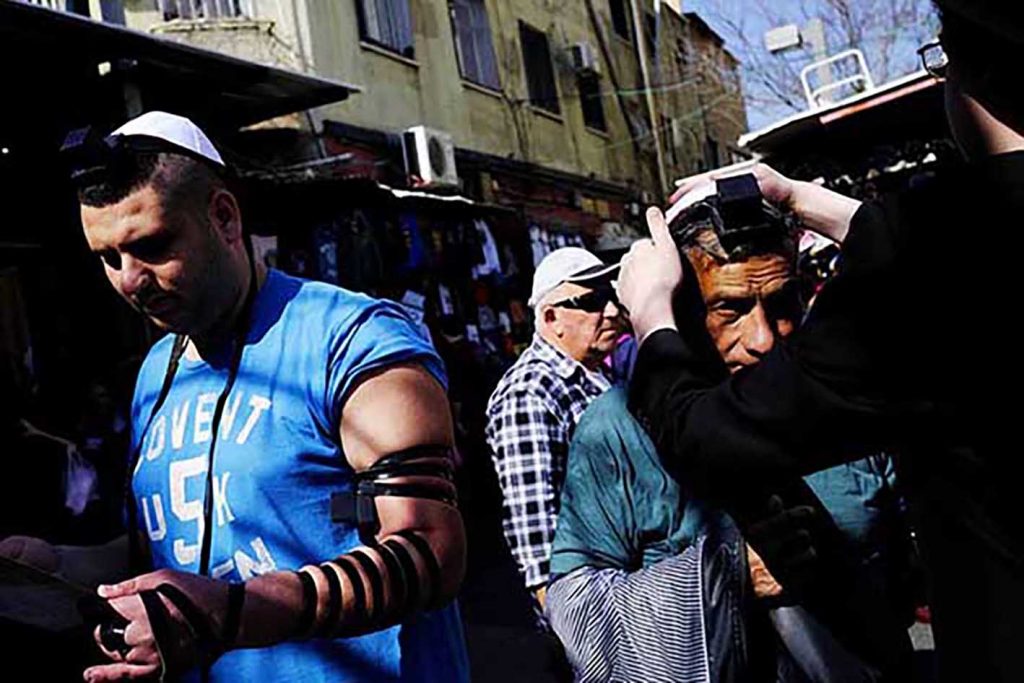 Tel Aviv is a multicultural city, and its mayor, Ron Huldai, is known for his liberal views and permissive way of life. Unfortunately, Tel Aviv is hardly known as a Jewish city anymore. The city whose early settlers were chareidim has lost all Jewish character in recent years. The south of the city has become a breakoff of Sudan; it’s frightening to walk around there during the day, not to mention at night. The center of Tel Aviv has become a modern European city, and a chareidi Jew hardly has any reason to go there.

It’s worth nothing that just 50 or 60 years ago, our holy Rebbes and their courts were a locus for thousands of people here. This is where Harav Aharon of Belz settled when he emerged from the valley of death and established his bais medrash. This is where the Husyatiner Rebbe lived, where the Vizhnitzer yeshivah was located, as well as the vibrant Gerrer shtieblach such as Drei Und Dreisig, and many others.

The city that is proud of the fact that it is a “non-stop city” now has endless parking woes and is a constant hub of activity. But its mayor has another problem — a serious one. The booths offering people the opportunity to put on tefillin are not legal. One is allowed to don tefillin in a shul, but it is forbidden to place booths for this purpose near schools or institutions. Why? Because!

This time, however, it seems like Huldai went one step too far. The traditional Jewish population has an affinity for mitzvos even if they do not observe them on a daily basis. They might be tinokos shenishbu, but they never totally threw off the yoke of mitzvos. They respect Jewish tradition, they know what tefillin are, and they do want booths which enable them to put on tefillin, which remind them of their parents’ and grandparents’ homes.

When the ban was publicized, hundreds of Israelis launched a protest against Huldai. A minyan for Shacharis took place in Malchei Yisrael Square across from the iconic city hall, and thousands of youths came to express solidarity with those who put on tefillin and those who want to enable others to do so. Secular mayors joined the protest and even donned tefillin themselves. Twenty-six mayors issued a proclamation supporting the booths to put on tefillin. Politicians and media figures arrived to don tefillin. It was a moving scene that accurately depicted “Mi k’amcha Yisrael.”

No one is disputing the fact that Israel has become a national state, and its leaders are trying to uproot any Jewish character that remains. The miracle is the resistance of the immigrants, who do not want to forget the days of yore. Judging by local politics and voting percentages, more than half the country still thinks that Jewish tradition should be preserved.

Let’s look back for some perspective: The political turnabout by Menachem Begin in 1977 changed the order of the day in Israel. Begin was not only a representative of the right-wing parties; he was primarily the man who represented a different sector of the public entirely. No more kibbutz movement figures; it was now the traditional public that brought with it from the Eastern countries a spirit of respect for tradition, as most of its members kept Shabbos and some even sent their children to Torah schools.

Begin himself also preserved some aspects of tradition — certainly more than his predecessors. He kept Shabbos and, in his role as prime minister, tried as much as possible to avoid desecrating it. That is also the reason that the traditional people persistently vote for right-wing parties instead of left and center. And the left, by the way, does not miss a single event or opportunity to prove to all its positions regarding Torah, mitzvos and the chareidi sector.

With the eruption of the tefillin-booth storm, Huldai clarified that this was an old law and that nothing new had occurred. Indeed, Ron, it is an ancient law from the days of the Romans that forbids the performance of mitzvos and of laying of tefillin. You may want to recall that Rome was eradicated, while Am Yisrael will endure for eternity.

The Jewish spark was kindled. The tefillin were taken out of attics and dusted off. Last week, thousands of Jews put on tefillin in Huldai’s merit. It would be interesting to know what good deed Ron Huldai has done to make him the catalyst for thousands of people to put on tefillin.