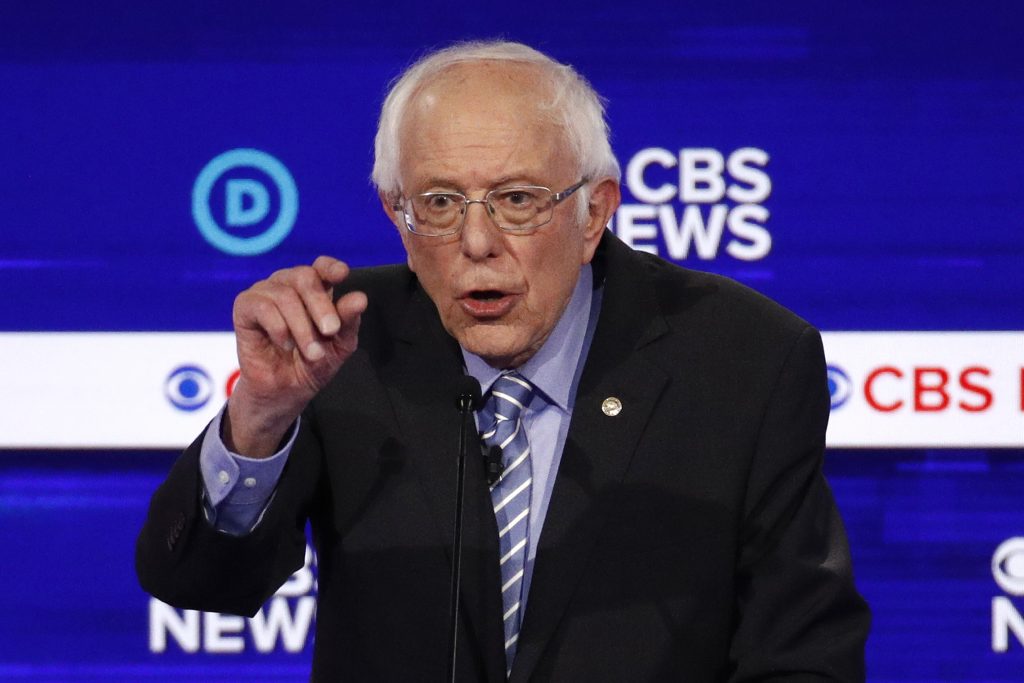 Sen. Bernie Sanders was unequivocal during the Democratic debate Tuesday.

“I have opposed authoritarianism all over the world,” the senator from Vermont and 2020 Democratic presidential candidate said. “. . . Authoritarianism of any stripe is bad. But that is different than saying that governments occasionally do things that are good.”

Amid increased criticism from the 2020 field over his past praise of elements of authoritarian regimes in Latin America and Asia, Sanders has sought to clarify his remarks.

But a Washington Post review of Sanders appearances over the past three decades reveals how Sanders has been quick to downplay abuses of authoritarian regimes, instead focusing on aspects and programs he admired. During his two presidential bids, Sanders has at times appeared to contradict or try to explain away his earlier views on authoritarian regimes.

In 1985, Sanders praised Cuban dictator Fidel Castro for his education and health-care programs. In 1986, he recalled being “very excited” by Castro’s revolution. And after returning from a trip to Cuba in 1989, the Rutland Daily Herald paraphrased Sanders as calling Cuba a “model of what a society could be” for Latin America.

At the time, Castro’s human rights abuses had been documented in media reports and by Congress.

Asked during the 2016 presidential campaign about his past praise of Castro, Sanders said he was criticizing the United States for trying to invade Cuba. Weeks after the 2016 election, Sanders said he does not “praise” Castro. And asked again about his previous comments Sunday, Sanders told “60 Minutes” that “it’s unfair to simply say everything is bad.”

Returning from a trip to Nicaragua in 1985, Sanders downplayed reports of abuses by the Sandinista-led government, instead lauding the country’s democratic rights, civil liberties and food lines. In April 1988, Sanders discussed the government’s media censorship by pointing to previous U.S. crackdowns on press freedoms during the Civil War and first and second world wars.

“In American history, the opposition press talking about how you could kill your own people and overthrow your own government was never allowed, never allowed to exist,” Sanders said at the time. “But suddenly in Nicaragua, a country being faced with war — a war by the most powerful nation on Earth — suddenly they are terrible people because they’re not allowing the media there to explain to the people how they can — their own people can be killed.”

After dodging a question in 2016 about his past praise of the Sandinista party, Sanders on Friday called Nicaragua an authoritarian society where things are not well.

Returning from a trip to the Soviet Union in 1988, where Sanders praised its investment in culture and mass transit, among other things, he told reporters he did not see “much deprivation” among Soviet citizens, despite reports of just that at the time.

Something he said as recently as February 2019 has even required a bit of a walk-back. Sanders then refused to call Venezuelan President Nicolás Maduro a dictator, instead emphasizing the “democratic operations taking place in that country.” Sanders reversed himself less than a year later, calling Maduro a dictator and a tyrant.

Much of Sanders’ past praise for socialist authoritarian regimes was rooted in his criticism of U.S. foreign policy, but as The Post’s Aaron Blake noted this week, Sanders often went “further than just saying the United States should stay out” of those countries and has struck a different balance than other U.S. politicians who have praised some elements of countries such as Cuba.

Responding to attacks over his past comments during Tuesday’s debate, Sanders said none of his proposals constituted “radical communist” ideas like what his opponents have suggested.