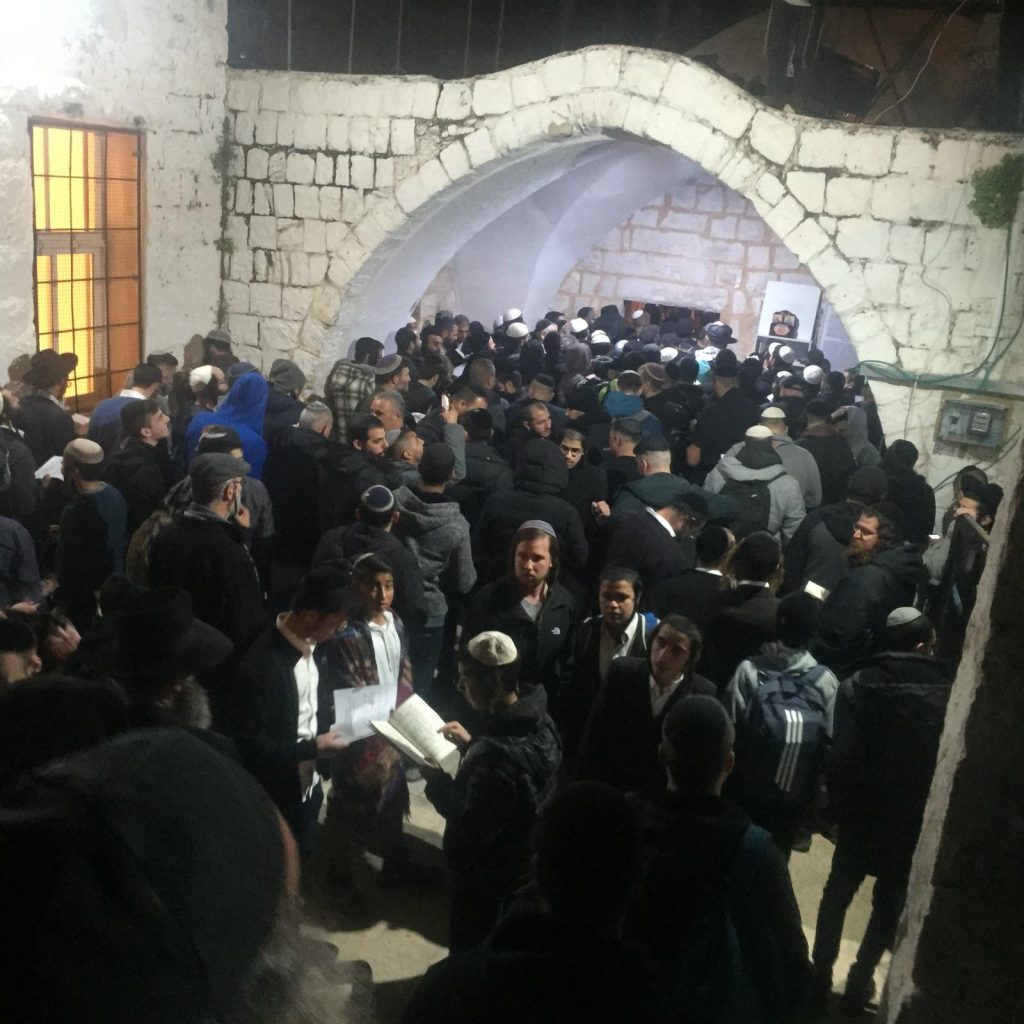 Over 2,000 people visited Kever Yosef Tuesday night to daven, say Tehillim, and light candles. The site was open to Jewish visitors on the occasion of Rosh Chodesh Adar.

Soldiers held back several hundred Arab rioters who attempted to reach the kever and attack Jews. Soldiers also removed a firebomb that had been set along the path to the site. No Israelis were injured in the incidents.

Arabs have vandalized and set fire to Kever Yosef numerous times since the signing of the Oslo Accords, most notably in 2000, 2003, 2008 and 2014. Between 2003 and 2009, the site remained desolate, until Israel and the PA reached an accord on refurbishing the site in 2010. Currently, Jews are allowed to visit Kever Yosef once a month – usually on Erev Rosh Chodesh – to daven.