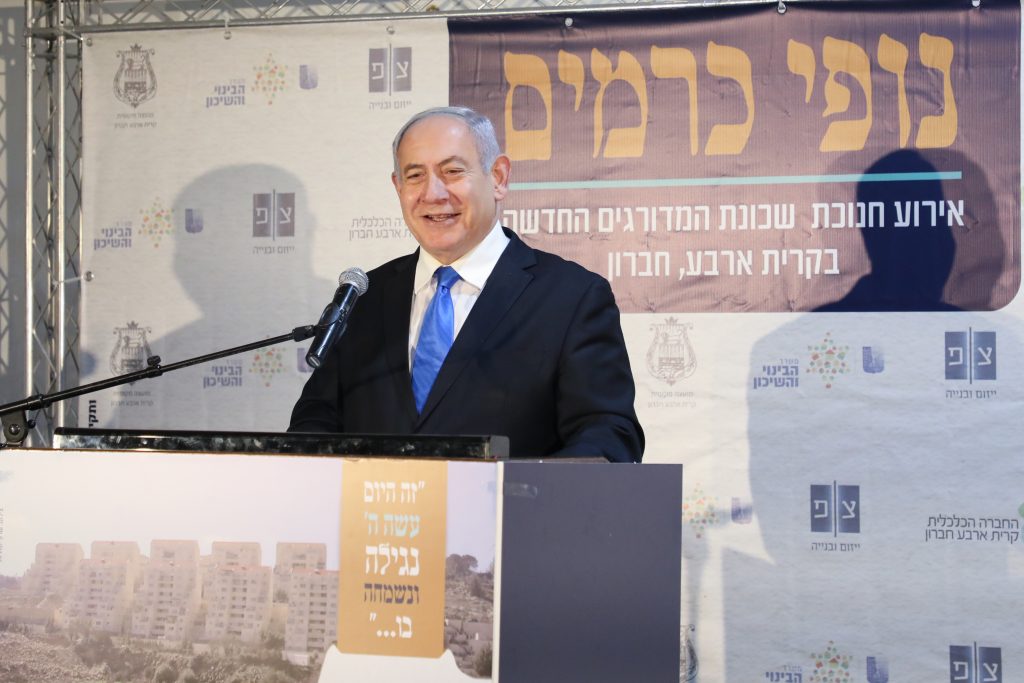 The coronavirus is one crisis in which no one can complain that Israeli leaders aren’t sharing in the burden.

Prime Minister Binyamin Netanyahu‏‏ has stopped shaking hands during an intensive re-election campaign, to reduce the possibility of contracting the deadly virus.

Netanyahu was seen at a campaign stop at Maaras Hamachpelah on Monday refusing to shake hands. His wife Sara explained that it was by order of the government.

“Namaste,” Netanyahu was heard telling people, after someone shouted “no hand-shaking.” The word is a Hindu greeting that was chanted by huge welcoming crowds at a rally held for President Donald Trump during his visit to India this week.

Separately, senior IDF commander Ofer Winter was excluded from a security briefing with Netanyahu because his daughter recently returned from Thailand and entered a two-week quarantine.

It was not immediately known whether opposition candidate Benny Gantz and other politicians will be taking the same precaution.