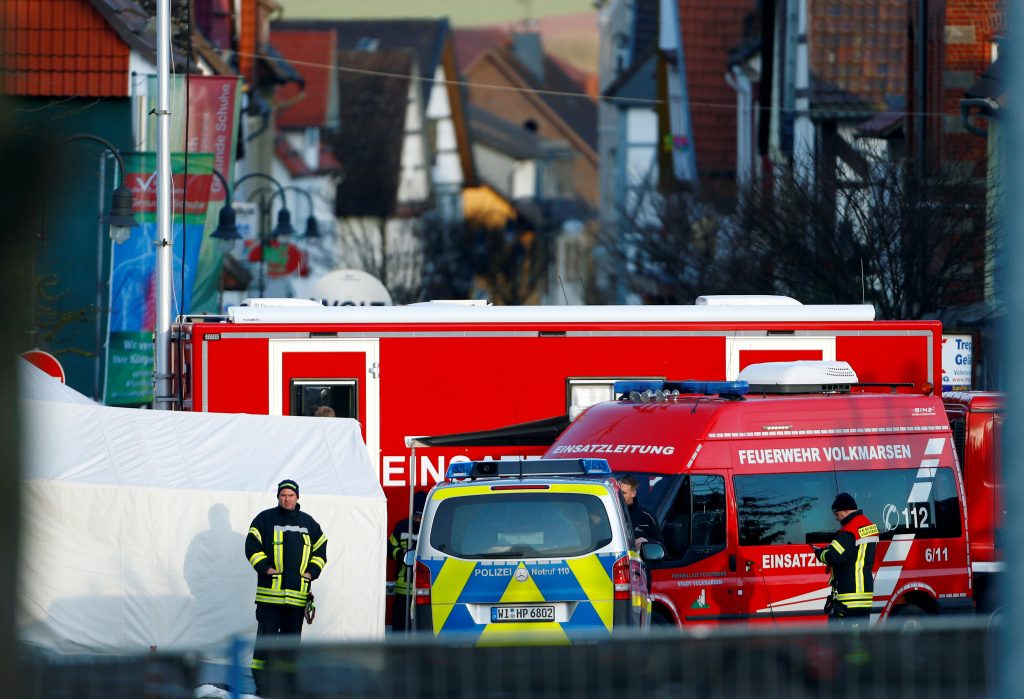 Investigators were hoping on Tuesday to question a 29-year-old man suspected of plowing a silver Mercedes car into a parade in the western German town of Volksmarsen, injuring 30 people including children.

The incident on Monday shook Germans still struggling to take in last week’s racist gun attack in the town of Hanau, which left 11 people dead.

“What is happening in our country?” asked top-selling Bild newspaper on its front page.

Bild and other media reported that the German man, arrested on suspicion of attempted homicide, was not in a fit state to be questioned on Monday. He was suffering from a head injury, some German media reports said.

“There are so far no indications of politically-motivated criminality,” Bild cited an investigator as saying. “But we think that the perpetrator acted with intent, and that psychological problems may have played a role,” the investigator added.

Several German media outlets, including public broadcaster ZDF, reported that the man was believed to have been under the influence of alcohol, but investigators have so far declined to confirm this.

Spokespeople for the police and state prosecutors also declined to comment on media reports that a second person had been arrested in connection with the incident. Germany’s Deutschlandfunk radio reported that the second person had filmed the incident, but it was unclear how that person was involved.