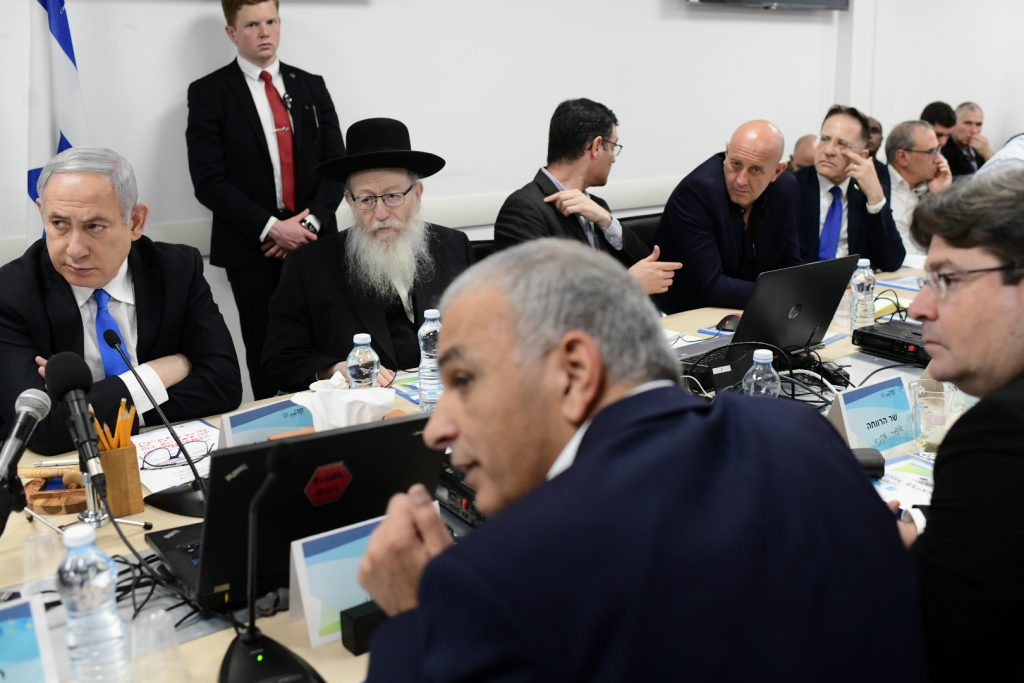 As the coronavirus spreads, Israeli planners are looking at various scenarios that could affect the economy.

A Ministry of Finance report on the current situation estimates that the epidemic could bring down the GDP by 3.6 to 14 billion shekels, or 0.25 to 1 percent – providing that the country manages to remain relatively free of outbreaks, Globes reported on Tuesday. The economic consequences of a serious outbreak in Israel were impossible to predict.

The matter was the subject of an emergency meeting in Yerushalayim convened by Minister of Finance Moshe Kahlon, with participation from heads of the Ministry of Finance and the Bank of Israel.

As of now, damage has been limited, according to Ministry of Finance chief economist Shira Greenberg. But reports from companies about potential effect on their activity, and in some cases actual damage, were accumulating at the Ministry.

Ministry Accountant General Rony Hizkiyahu, said, “We are receiving many requests, to which we are responding fully in cooperation with the Ministry of Health. The event is being managed and handled now, and it is well that it is being handled in this fashion. It is important for the event to be handled together, without diffusion of effort.”

Insurance and Savings Authority head Moshe Bareket told the gathering, “At the moment, investment managers are not overly worried. They say that if the event is a short-term one, there is no indication right now that money is being withdrawn from the various tracks.”

Meanwhile, Israeli Prime Minister Binyamin Netanyahu‏‏ sought to reassure the public during a meeting on coronavirus at the Prime Minister’s Office.

“Today, we held a special meeting, the goal of which was to deal with our preparations for the coronavirus, from an economic point of view, for both the public and the private sectors, and we made decisions. A steady hand is on the steering wheel. We are meeting on a daily basis and there is a very orderly division of the areas of responsibility, management and backing.

“I ask that Israeli citizens listen to the instructions that we give. We will work together and will overcome this crisis.”

He said further that the National Security Council (NSC) will be responsible for organizing the inter-ministerial response; the Finance Ministry for coordinating financial issues including a compensation protocol, and he thanked the private sector representatives and the governor of the Bank of Israel for their participation.

The meeting was called after the Manufacturers Association and others in the private sector appealed to the government for assistance, warning that the epidemic threatens the survival of some businesses, according to The Jerusalem Post.