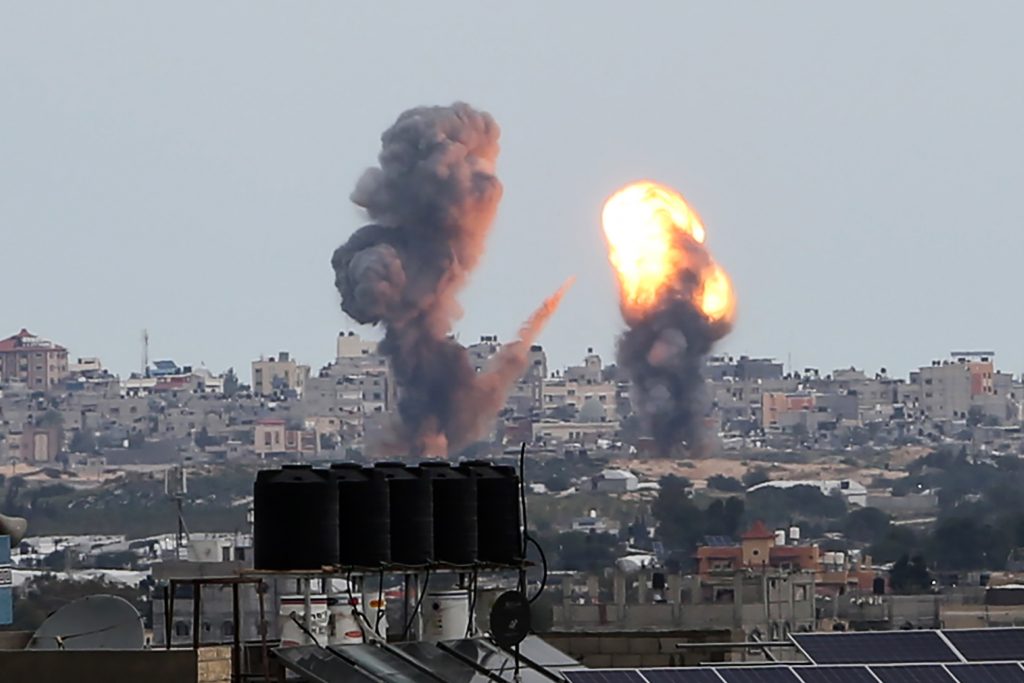 A reported 10 p.m. ceasefire did not take hold on Monday night as Gaza terrorists fired another salvo of rockets at Sderot at about 10:20.

B’chasdei shamayim, there were no immediate reports of injuries or damage from the attack.

Fresh retaliatory air strikes by the Israeli Air Force against Palestinian Islamic Jihad bases in Gaza followed, including one on a squad preparing to launch rockets, injuring four.

An IDF official had said earlier that they have been receiving mixed messages from PIJ, and that they were skeptical about the ceasefire.

IDF Chief of Staff Aviv Kohavi warned that the direction events are taking was unclear.

“It’s unclear if the incident is at its peak or its end, if it will escalate or die down,” Kohavi said at an event for military reservists in the central city of Holon, and did not rule out a major operation.

In light of the security situation, the military ordered schools to remain closed on Tuesday in Gaza periphery communities, including the city of Ashkelon, about 55,000 students.

Since Sunday, an estimated 90 rockets have been launched at southern Israel from the Gaza Strip, most were taken down by Iron Dome, according to the IDF.