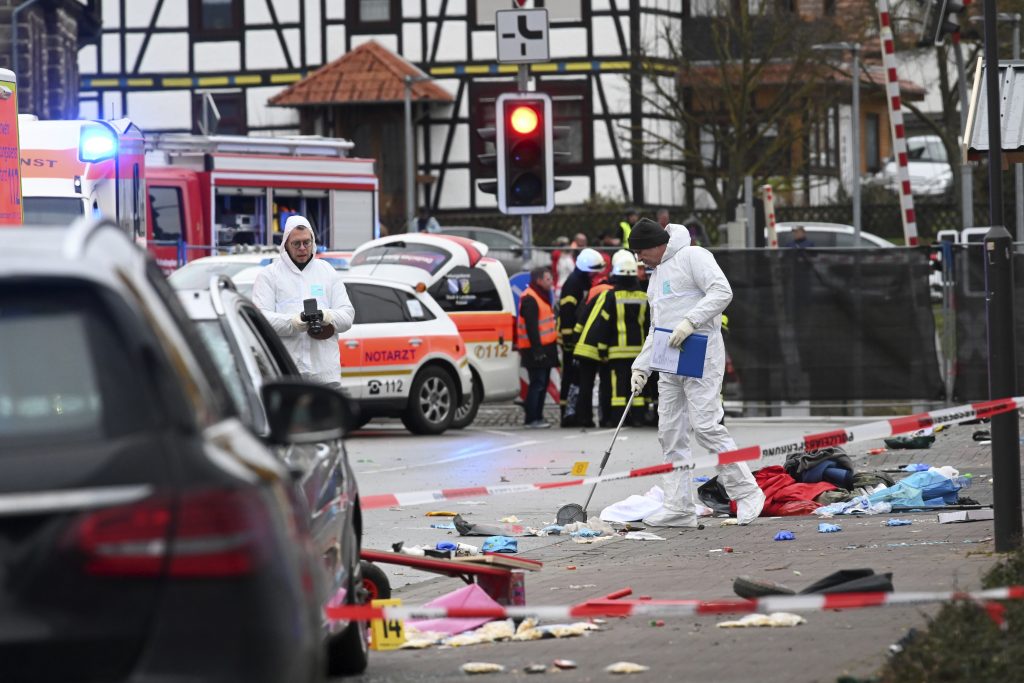 A man intentionally drove a car into a crowd of people at a Carnival parade in a small town in central Germany, injuring dozens of people including children, police said Monday.

The driver was arrested, but police couldn’t immediately provide details about the man’s motivations for crashing into the celebrations in Volkmarsen, about 280 kilometers (175 miles) southwest of Berlin.

“We are working on the assumption that it was a deliberate act,” police spokesman Henning Hinn said, but added that further details of the driver’s motives weren’t yet known.

Hinn said that “there were several dozen injured, among them some seriously, and sadly, also children.”

Some of the injuries were life-threatening, he said.

Emergency responders set up a makeshift clinic in a town pharmacy to treat casualties with minor injuries, the regional Frankfurter Rundschau newspaper reported. Witnesses said the car drove around a barrier blocking off traffic from the parade, according to the paper.

Video from the scene showed a silver Mercedes station wagon with local license plates on a sidewalk, its front windshield badly smashed and hood dented, and its hazard lights blinking, while emergency crews walked by. Forensic experts could be seen taking photos and measurements around the crashed car, walking around fragments of Carnival costumes that littered the ground.

The crash came amid the height of Germany’s celebration of Carnival, with the biggest parades in Cologne, Duesseldorf and Mainz.

Volkmarsen, which has a population of 7,000, is east of Duesseldorf, near Kassel.

Police in Western Hesse state tweeted that all other Carnival parades in the state Monday were ended after the crash as a precaution.

Police shut down the area to allow emergency crews to deal with the crash. Police said they couldn’t immediately provide further details and urged people not to spread “unconfirmed reports.”