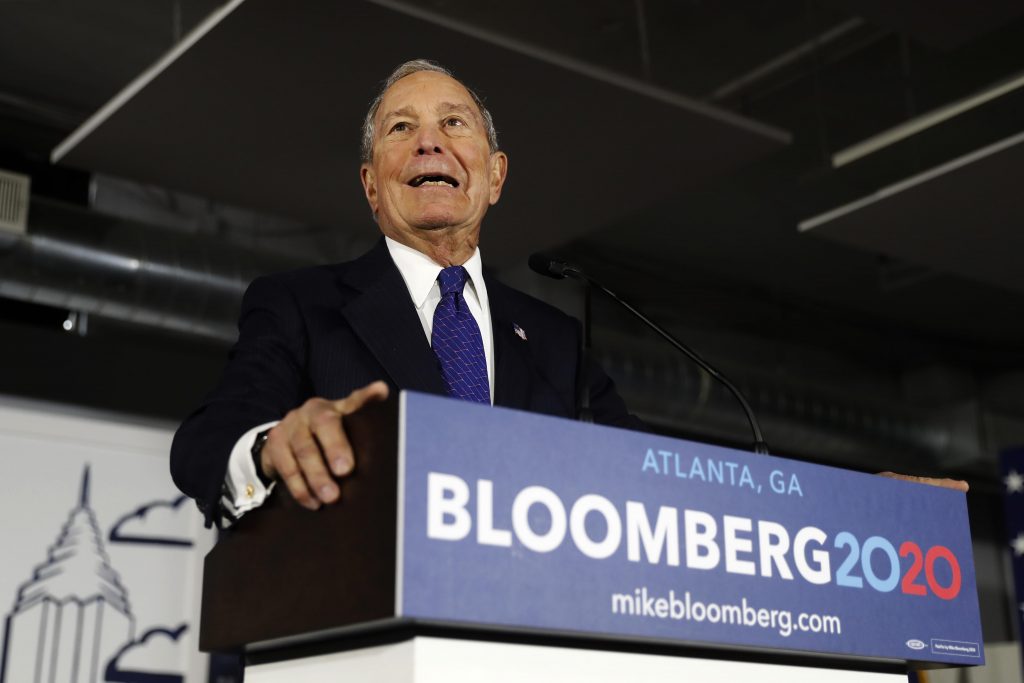 Michael R. Bloomberg’s presidential campaign has been experimenting with novel tactics to cultivate an online following, or at least the appearance of one.

But one of these strategies — deploying a large number of Twitter accounts to push out identical messages — has backfired. On Friday, Twitter began suspending 70 accounts posting pro-Bloomberg content in a pattern that violates company rules.

“We have taken enforcement action on a group of accounts for violating our rules against platform manipulation and spam,” a Twitter spokesman said. Some of the suspensions will be permanent, while in other cases, account owners will have to verify they have control of their accounts.

As part of a far-reaching social media strategy, the Bloomberg campaign has hired hundreds of temporary employees to pump out campaign messages through social media. These “deputy field organizers” receive $2,500 per month to promote the former New York mayor’s candidacy within their personal social circles, in addition to other, more conventional duties. They receive campaign-approved language that they can opt to post.

In posts reviewed by the Los Angeles Times, organizers often used identical text, images, links and hashtags. Many accounts used were created only in the past two months. Bloomberg officially entered the presidential race Nov. 24.

After the Times inquired about this pattern, Twitter determined it ran afoul of its “Platform Manipulation and Spam Policy.” Laid out in September 2019 in response to the activities of Russian-sponsored troll networks in the 2016 presidential election, the policy prohibits practices such as artificially boosting engagement on tweets and using deliberately misleading profile information.

By sponsoring hundreds of new accounts that post copy-pasted content, Twitter said the campaign violated its rules against “creating multiple accounts to post duplicative content,” “posting identical or substantially similar Tweets or hashtags from multiple accounts you operate” and “coordinating with or compensating others to engage in artificial engagement or amplification, even if the people involved use only one account.”

The suspensions may sweep up accounts belonging to unpaid Bloomberg supporters or campaign volunteers. While the Bloomberg’s campaign’s practice of paying Twitter users was a factor in the suspensions, a company spokesman said accounts behaving in substantially the same manner will receive the same treatment, regardless of who controls them.

The Bloomberg campaign did not immediately respond to a request for comment.