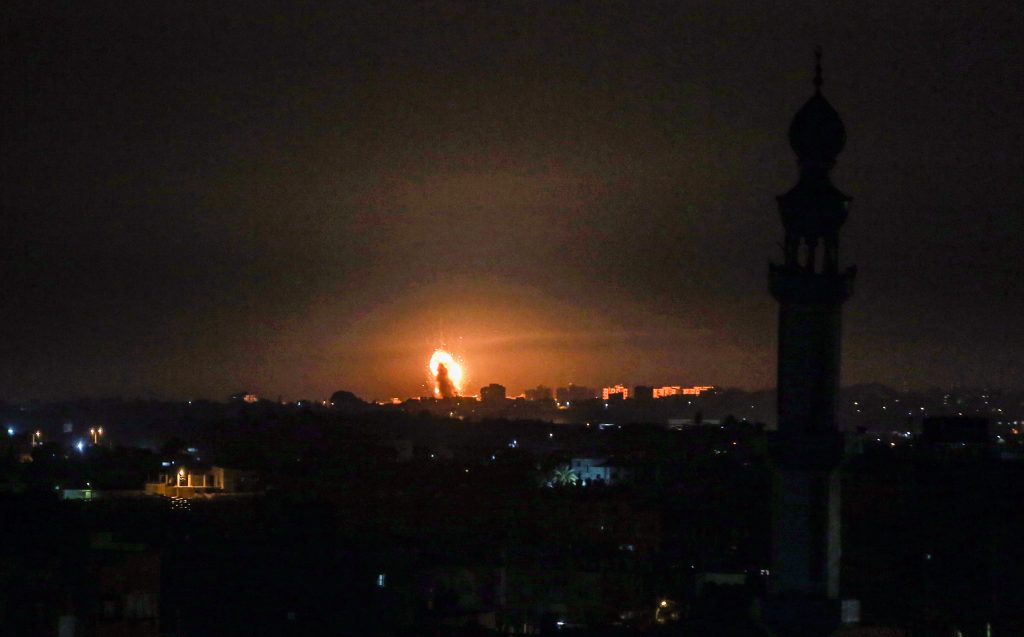 Syria’s capital was rocked by multiple explosions late Sunday, and the country’s air defenses fired back in the latest attack by Israel on targets in Syria.

State media said air defenses confronted a wave of “enemy rockets” coming from the direction of the Israeli Golan Heights.

In a rare move, the Israeli military claimed responsibility through a spokesman on Twitter, saying it staged a series of strikes targeting the Palestinian terrorist group Islamic Jihad in Syria and the Gaza Strip.

Residents said multiple explosions shook Damascus and lasted for about 15 minutes as air defenses fired back. It was not immediately clear what targets were hit.

The Britain-based Syrian Observatory for Human Rights, which monitors the Syrian conflict, said the explosions resulted from Israeli bombing of suspected Iranian-backed militias in the vicinity of Damascus International Airport.

Israel frequently strikes at targets inside Syria, but has largely refrained from public admissions of its covert military operations there.

Iran is an ally of Damascus and has offered military advisers and sent militiamen and material support to help President Bashar Assad’s government forces in the nine-year civil war.