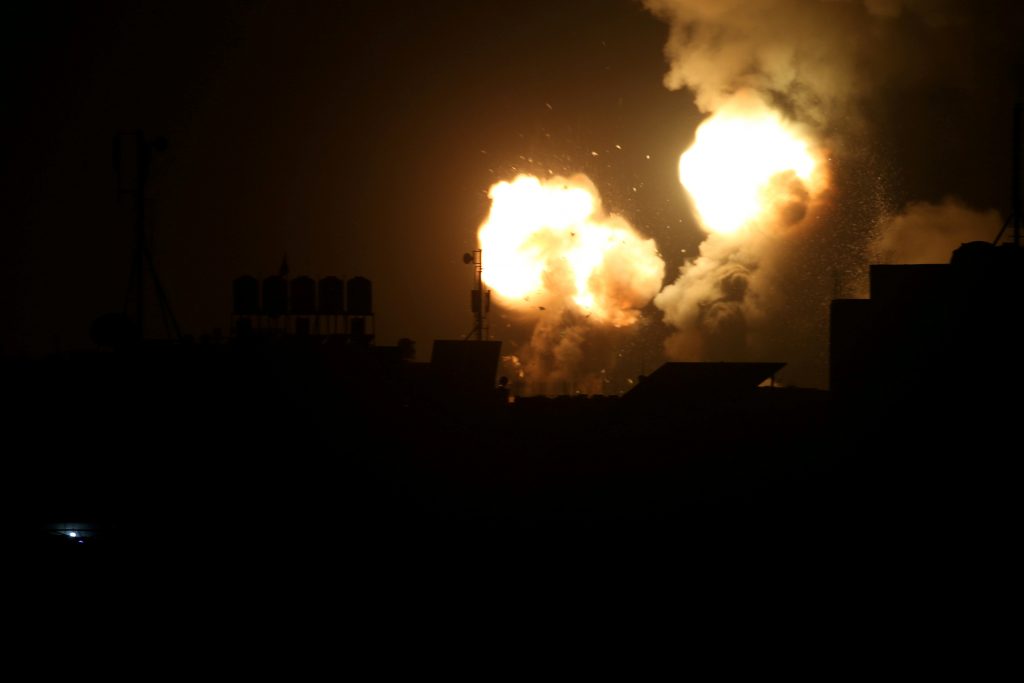 Israeli planes struck at Palestinian Islamic Jihad sites in the Gaza Strip in answer to more than 20 rockets launched into southern Israel on Sunday evening.

There were no immediate reports of injuries on either side.

The IDF said one of its aircraft targeted a Palestinian Islamic Jihad squad preparing to launch rockets from northern Gaza.

“A hit was confirmed,” the IDF said.

The terror group had taken responsibility for the rockets launched against Israel earlier in the evening.

Indoor gatherings in those areas will be limited to 300 people.

Schools will be closed in Ashkelon, Sderot and Netivot on Monday.