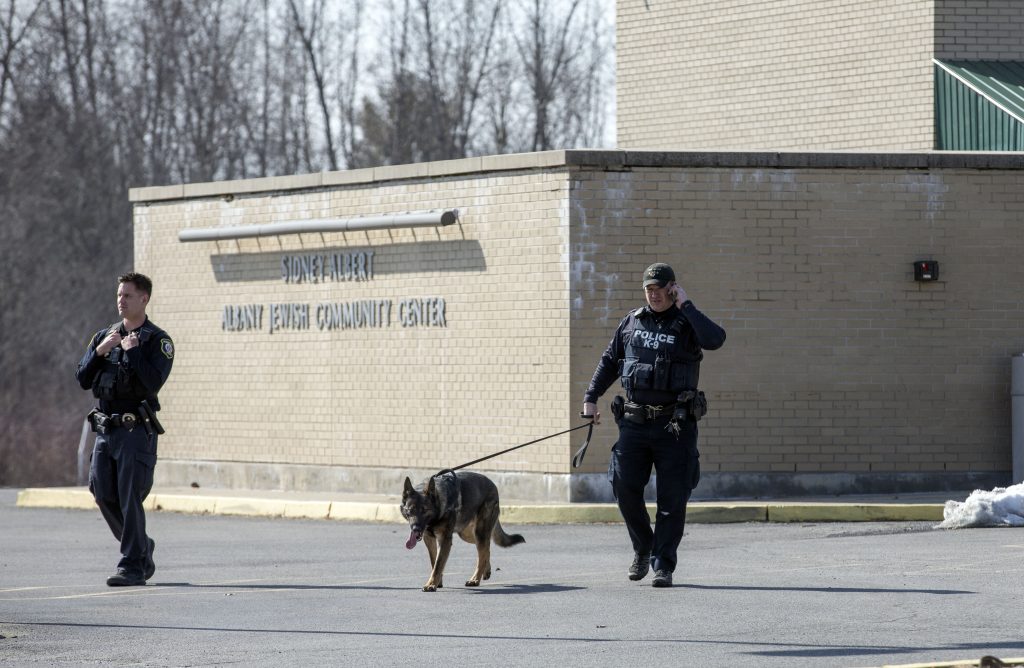 The Albany Jewish Community Center was evacuated and searched Sunday morning after it and several other centers around the country received anonymous emails with vague threats that mentioned a bomb, Gov. Andrew Cuomo said.

Cuomo went to the Albany center after police evacuated about 100 people, searched the building with dogs and declared it safe.

Similar vague threats were emailed to about 18 Jewish Community Centers around the country, according to Cuomo’s office. The centers provide educational, fitness and social programs for children and adults. Cuomo’s office had no further details about the nature of the threats nor whether police searched other locations.

Cuomo said the FBI is investigating where the threats originated. State Director of Emergency Management Michael Kopy said the emails were sent to people with Jewish Community Center accounts, but he declined to specify which centers were targeted.

“These types of situations are so ugly and so unfortunate,” Cuomo said. “What’s worse is we’re seeing more and more of them. We’ve had about 42 incidents of anti-Semitism in this state this past couple of months so it’s not getting better. It’s only getting worse.”