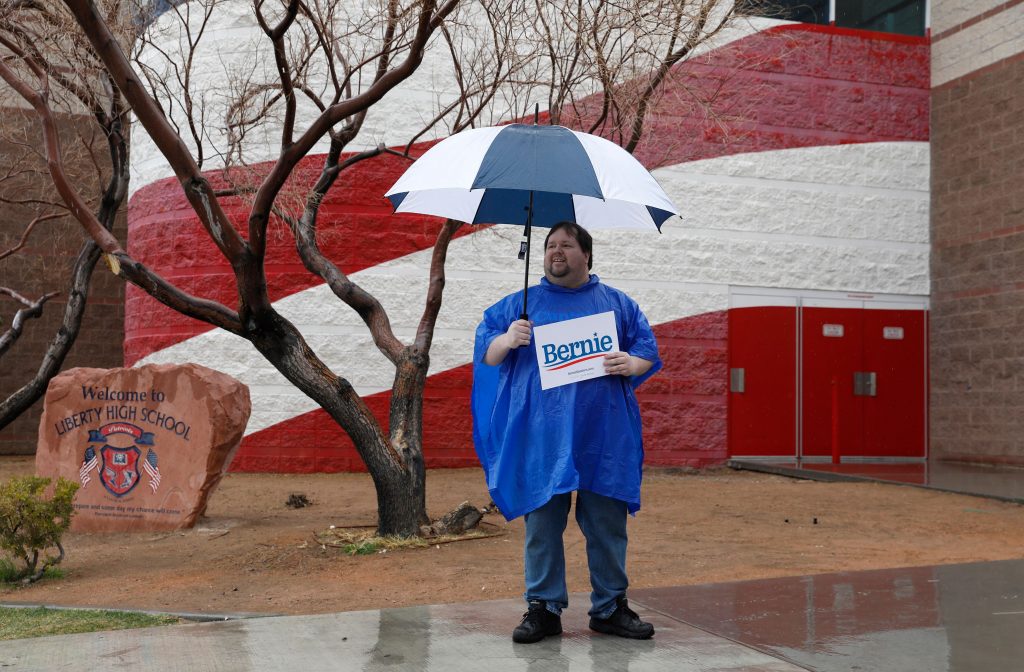 An entrance poll showed Bernie Sanders with the most support among Nevada voters entering caucus sites for the Democratic presidential contest on Saturday, and they favored a government-run Medicare for All healthcare plan like the one he supports.

Sanders, a senator from Vermont who has made the healthcare issue a centerpiece of his campaign, faces a test of his front-runner status in the Democratic White House race in Nevada, where balloting was underway at caucus sites.

Actual results were not expected for at least an hour as voters meet at more than 250 sites around the state to make their pick for a Democratic challenger to President Donald Trump in the Nov. 3 election.

The early entrance poll showed six in 10 Nevada voters at the caucuses backed the Medicare for All proposal, a version of which is also supported by another candidate, Senator Elizabeth Warren.

Eight out of 10 caucus-goers made their choice more than a few days before voting, and six of 10 want someone who can beat President Donald Trump more than someone who agrees with them on major issues, according to the poll by Edison Research.

The Nevada caucuses came a day after the news broke that Sanders had been briefed by U.S. officials that Russia was trying to help his campaign as part of an effort to interfere with the Democratic nominating contest.

Trump tweeted on Saturday that he expected to win in Nevada in the general election in November, and alluded to the reports that a Russian disinformation effort was supporting Sanders.

Sanders, a self-identified democratic socialist, has surged to the top of opinion polls nationally and in Nevada after strong performances in the first two nominating contests in Iowa and New Hampshire earlier this month.

“And what I say to Mr. Putin, if elected president, trust me you are not going to be interfering in American elections,” Sanders told reporters on Friday in California.

After days of delay and mistrust caused by a technical meltdown during the Iowa caucuses, Nevada Democratic Party officials said in a memo to campaigns on Friday that a telephone hotline many volunteers “were already familiar with” would be the main method of reporting precinct caucus results, not digital tools.

Precinct chairs will also text a photo of their caucus reporting sheet as part of efforts to strengthen the processes.

While Sanders‘s rivals will try to blunt his momentum in the caucuses, they each face significant challenges of their own.

On Friday evening, Sanders spoke to about 2,000 people in Las Vegas, revving up the crowd with vows to take on “the corporate elite.”