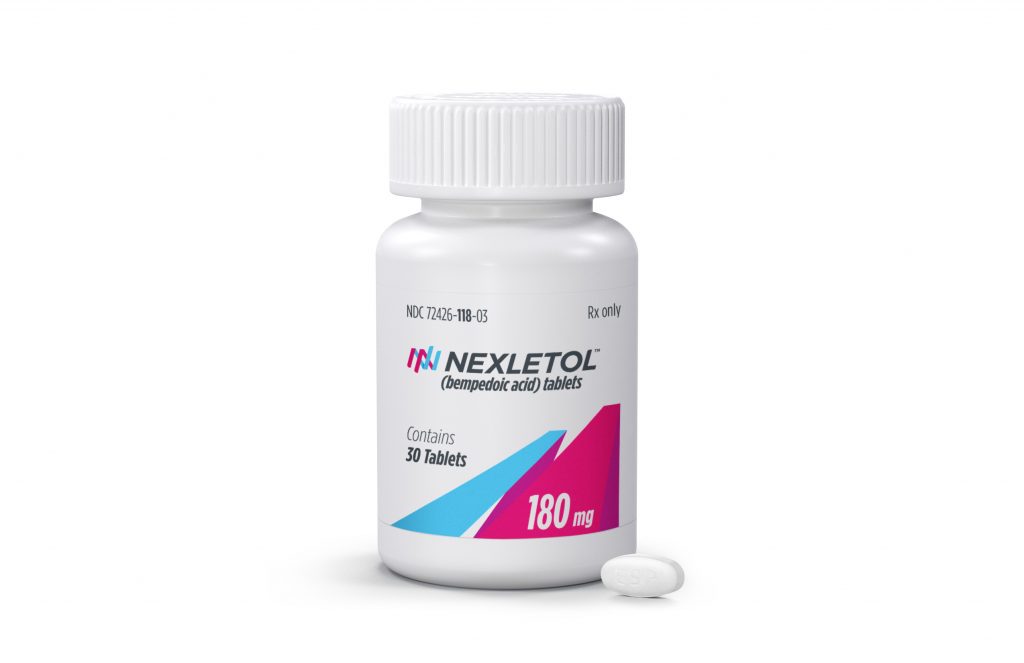 U.S. regulators on Friday approved a new type of cholesterol-lowering drug aimed at millions of people who can’t tolerate — or don’t get enough help from — widely used statin pills like Lipitor and Crestor.

The Food and Drug Administration approved Esperion Therapeutics Inc.’s Nexletol for people genetically predisposed to have sky-high cholesterol and people who have heart disease and need to further lower their bad cholesterol. The daily pill is to be taken in conjunction with a healthy diet and the highest statin dose patients can handle, the FDA said.

High LDL, or bad cholesterol, is one of the top risks for heart attacks and other problems. Studies showed that Nexletol could lower LDL by about 25% when taken alone and by an additional 18% when combined with a statin.

“This is a nice alternative” to statins, but those medicines will still be the first choice, said Dr. Christie Ballantyne, Baylor College of Medicine’s cardiology chief. He consults for Esperion and helped test the drug.

Millions of people take cheap, generic statins, but the medicines don’t lower LDL cholesterol enough for many patients and others experience side effects such as muscle pain. Other options include Zetia pills, also sold in generic form as ezetimibe for about $13 to $50 a month.

Far fewer patients use Repatha and Praluent, newer drugs that cost $6,000 or more a year. Insurers often restrict coverage of those medicines, which are shots patients give themselves once or twice a month.

Esperion, based in Ann Arbor, Michigan, did not immediately disclose the drug’s list price but previously said it planned a price of about $300 per month. Nexletol, also known as bempedoic acid, should be available in late March, the company said.

It works in the liver by blocking an enzyme needed to make LDL. Statins also block cholesterol production in the liver, but in a different way, so the drugs together can reduce LDL more.

The new drug “would be valuable to add to treatment” for patients who can’t get their LDL down enough with existing drugs or can’t afford the injected ones, Duke Heart Center co-director Dr. Manesh Patel said. Patel, who was not involved in the research, estimated 10% to 15% of his patients might be eligible for Nexletol.

In one study of more than 2,200 patients, there were several more deaths from heart problems in the Nexletol group than among those given placebo pills. Patel said that’s likely just a random imbalance, not a big concern.

The company has a large study underway to see whether Nexletol can lower the risk of heart attacks and other problems, not just cholesterol. Results are expected late in 2022. The company estimates Nexletol could be appropriate for up to 18 million Americans and more than 100 million people in other countries.

Michael Valant, 71, of League City, Texas, took Nexletol for about 19 months in one study. Valant, a retired global supply chain manager, had a heart bypass operation more than a decade ago and then took a statin for years, but it wasn’t helping enough.

Adding Nexletol to that statin during the study cut his bad cholesterol even more.

“It definitely made a difference,” Valant said.