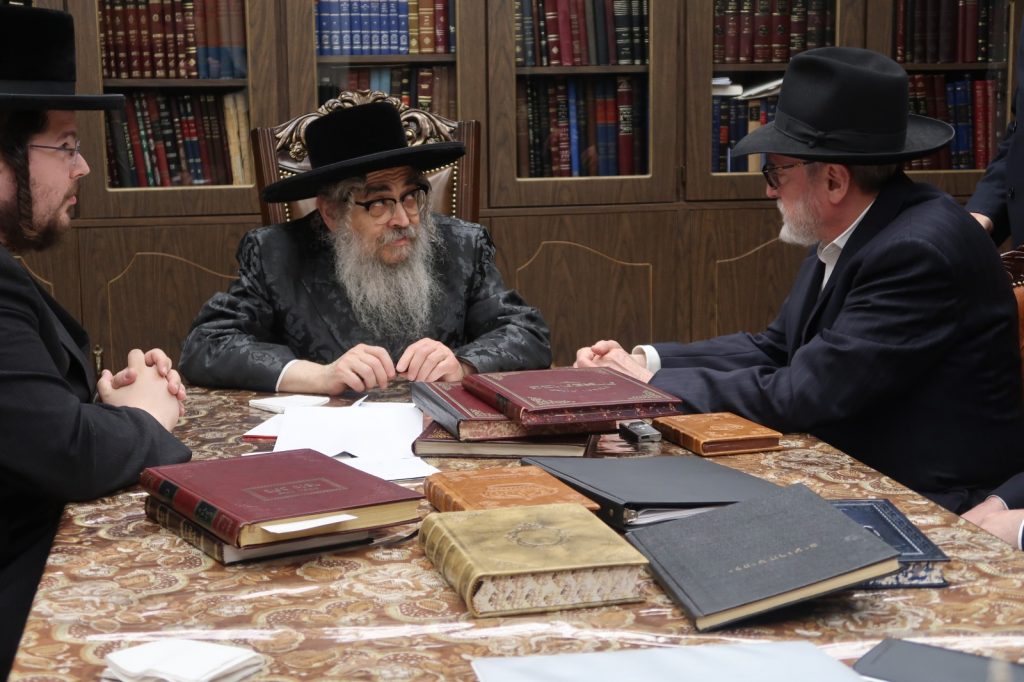 When Mordechai Yitzchak Samet was convicted of financial crimes in 2002 and sentenced to 27 years in federal prison, the judge called the case “extraordinary”, and there was little hope of him getting any leniency. Since he was not a US citizen and he was under detainer from U.S. Immigration, the policy of the Department of Prisons required him to be kept in higher security prison, which precluded him from being transferred to a prison camp.

His status as being under detainer from immigration also stood in the way of early release under the newly passed First Step early release program. Most inmates who are serving time in federal prison for similar types of crimes are eligible for Elderly Home Confinement Program, which would allow for early release to home detention when they turn 60 years old and have served at least two-thirds of their term. This would allow them to remain confined at home with their families in there own communities, enabling them to attend shul and interact with their relatives and friends. However, due to his immigration status, he would be denied such relief when he turns 60 in September.

Rabbi Moshe Margaretten and members of Tzedek Association, who were instrumental in helping advance the First Step legislation through congress and get it signed by President Trump on December 21, 2018, worked tirelessly to find a way that Mordechai Samet would be allowed to head home at last. Having served nearly 18 years in federal prison, it was a top priority of many askanim to have his sentence shortened as others have been.

Last year, Mr. Samet went to the Executive Office for Immigration Review (EOIR), the court system for U.S. Immigration and Customs Enforcement (ICE), asking for his detainer to be removed. The EOIR ruled against him, and since he remained without a green card, his prison conditions would not be improved. His appeal was denied, and he lost another appeal in the 3rd Circuit Court of Appeals.

At this point, Rabbi Margaretten and Tzedek Association were advised that the only avenue for relief would be a bid for clemency to be granted by the president. In order to ask for this, they secured a request from 8 members of the House of Representatives, maintaining that Mr. Samet was suffering from the technicality of the immigration detainer, which was brought on by Department of Prisons policy and not by any legal requirement.

In addition, the request for clemency explained that there was no restitution requirement since all the victims were paid in full, and all the victims who were harmed by Mr. Samet’s actions signed a letter requesting leniency for his case.

Recently, Tzedek Association hired John Sandweg, the former acting director of Immigration and Customs Enforcement under President Obama, and he advised them to request a Stay of Removal, which would lift the detainer for 1 year. In recent years, a Stay of Removal is difficult to receive due to the heightened enforcement of immigration policy under the current administration.

Tzedek Association used their relationships with several politicians, and with their help and the White House’s support, they along with the Aleph Institute met with ICE, which eventually led to the detainer being removed on Thursday, February 20.

“I immediately emailed Mr. Samet to let him know the good news,” Rabbi Margaretten told Hamodia. “I told him to let the warden know of this development, and to request he designate him to be transferred to the camp until he turns 60 in September. Mr. Samet later told me that when he spoke to the warden, it had already appeared in the system, and things would move along quickly.”

“I called Mrs. Samet to tell her the news, but she seemed to be in a stupor and didn’t say much,” Rabbi Margaretten said. “Half an hour later, she called back and apologized, saying she just couldn’t believe that this was happening.

“We must thank Hashem for the tremendous siyata deShmaya we have experienced throughout this period. I also want to express my gratitude to my partners in this endeavor, Rabbi Tzvi Boyarsky of the Aleph Institute and the attorney Mr. Gary Apfel, who helped us bring this episode to its happy conclusion.”