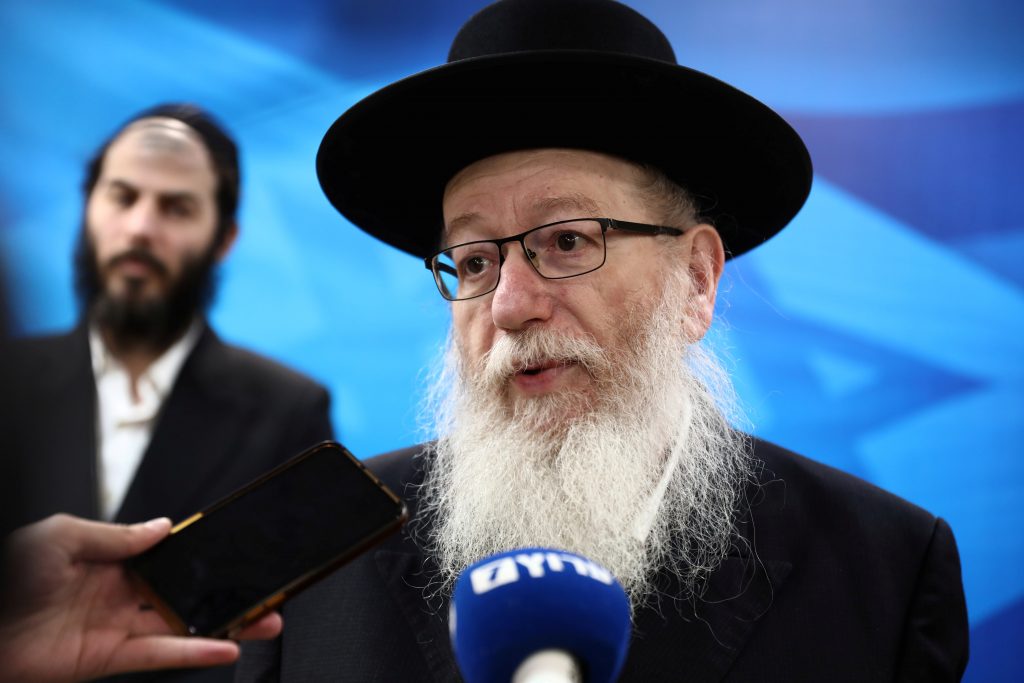 If there was any chance for reconciliation between chareidi parties and Blue and White in advance of the elections, it seems to have dissipated Thursday night, when Health Minister Rabbi Yaakov Litzman (United Torah Judaism) slammed Blue and White head Benny Gantz, after the latter again declared his commitment to an antireligious agenda, including public transportation on Shabbos and full implementation of the Draft Law according to the demands of Yisrael Beytenu.

“Benny Gantz failed as director of the Fifth Dimension technology firm,” which went bankrupt in 2017 when he was CEO, Rabbi Litzman said, “and he failed in his effort to establish a coalition in the last election. He zigzags in his attitude to chareidim, and today he went back to attacking the chareidi public and Jewish tradition. Mr. Benny Gantz, the chareidi public is not your punching bag and we are not stooges for your efforts to steal votes away from Avigdor Liberman. Just a few months ago you said you ‘regretted’ the negative tactics against chareidim, and here today you are using them yourself.”

At a meeting of Russian-speaking voters earlier Thursday, Gantz said that “under my government local authorities will be allowed to do whatever they want on public transportation and conduct of business on Shabbos. In recent weeks we have heard some calling you non-Jews,” he said, referring to comments attributed to Sephardic Chief Rabbi Harav Yitzchak Yosef. “Anyone who says that doesn’t care about you. They are trying to dispute your Israeliness. I will not allow that to continue.”

Harav Yosef explained that he was misquoted and was referring to statistics that show that, indeed, a large number of immigrants from former Soviet Union countries were halachically non-Jews. “Once again you have returned to the lies and incitement and hatred, in your declarations against Shabbos and against Harav Yosef, shlita. I condemn these comments and protest against them with all my strength,” Rabbi Litzman added.