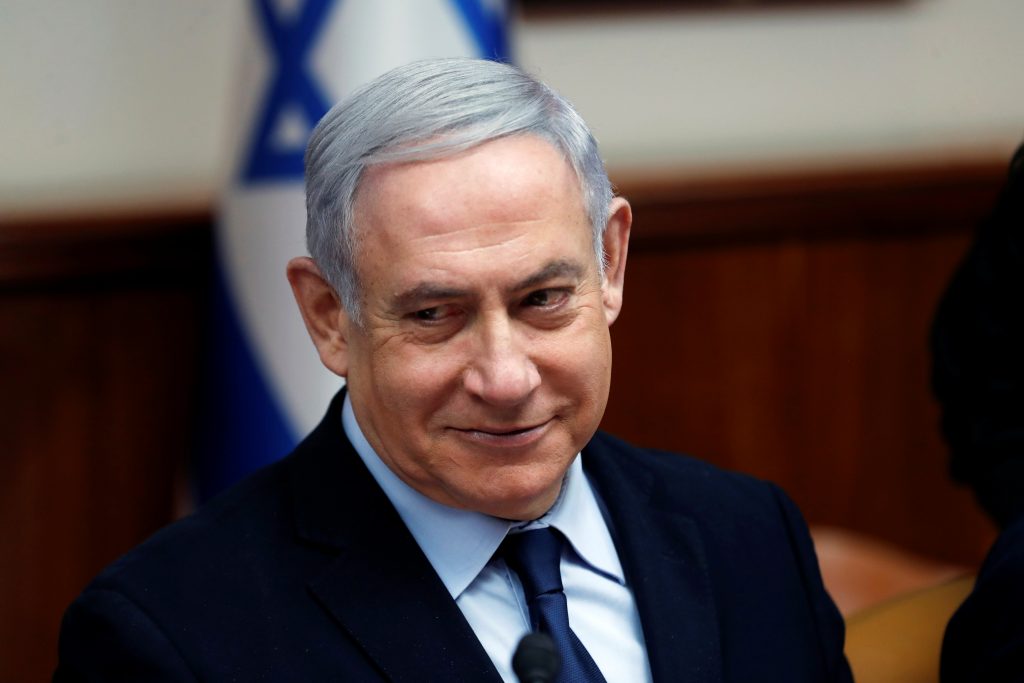 Internal Likud polls show that Binyamin Netanyahu is about three mandates from being able to form a government of 61 MKs after the March 2 elections – and he believes he may find the votes from some of them in the Arab sector. In an interview Wednesday with Arab media, Netanyahu pointed out numerous reasons why he believed Arab voters should choose him in the upcoming elections.

The interview is part of a campaign blitz the Likud is going on in the Arab sector, first reported by Yisrael Hayom, and marks a significant change from Netanyahu’s attitude to the Arab sector in the previous two campaigns, when he used Arab voters as a foil to prompt Jewish voters to go to the polls. Netanyahu contrasted Arabs “streaming” to the polls to vote for the United Arab List, which would grow the power of that party and support Benny Gantz’s to form a government, with the need to vote for him and avoid that.

In the current campaign, it is not “the Arabs” who are the political enemy, but the United Arab List, which, Netanyahu said, has done “next to nothing” for the Arab sector – unlike himself, who has a long list of accomplishments. Netanyahu said in the interview that in his most recent government, he passed a budget that provided NIS 15 billion for Arab towns, opened 18 police stations in the sector, and doubled the number of Arabs in institutions of higher education.

Also under his administration, Israel has grown closer than ever to several major Arab countries, with relations almost normalized with Gulf states, Saudi Arabia and others. “If someone had told me 10 years ago that within a decade we would arrive at a situation where we were close to normalization and increasingly close relations with Arab countries – not just one or two, but the entire Muslim world – I would have called him crazy, but that is what is happening today,” he said. “I have been to a number of Muslim countries, like Oman and Uganda, and I recently met with the president of Sudan in an open meeting. Believe me when I say there have been many more meetings.”

He also stressed that although he approved of the “deal of the century” peace plan, he was strongly opposed to provisions in the plan that would have Israel cede control over towns in the Triangle region in the center of the country to a future Palestinian state. “There will be no ‘transfer,’ not of people or of territory, if I am re-elected,” Netanyahu said. “There are no plans to move anyone from their homes in the plan.”

Netanyahu did not like the United Arab List,“not because they are Arabs, but because they ignore all the important things that need to be accomplished for the future of Israel. There are many Israeli Arabs who vote for the Likud, and for very good reasons – because we act on their behalf,” he added.