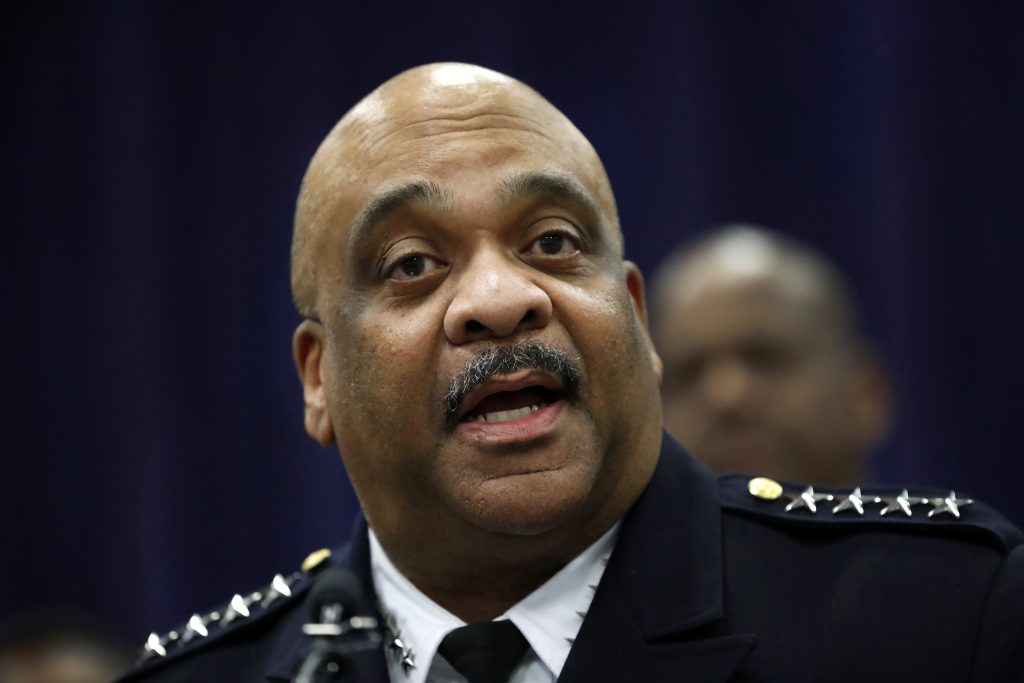 Chicago’s former police superintendent has been receiving a pension of more than $15,800 a month since the mayor fired him for allegedly lying about a night he was found asleep in his city-issued SUV, according to a newspaper report.

Eddie Johnson was awarded the pension by the Policemen’s Annuity and Benefit Fund of Chicago, the Chicago Tribune reported, citing records it obtained under Illinois’ Freedom of Information Act.

The pension adds up to nearly $190,000 annually, or 75% of his average salary of just over $253,000 per year during his final four years with the Chicago Police Department.

Johnson was named superintendent by then-Mayor Rahm Emanuel in March 2016 and he was confirmed by the City Council the following month. Current Mayor Lori Lightfoot fired him in December.

Johnson, 59, blamed medication for making him drowsy before he was found asleep in his SUV, but subsequent media reports disclosed that the superintendent had been drinking for hours, and that the responding officers took steps to keep it secret.

Pensions for Chicago police command staffers are generally calculated by looking at their highest average salary over their peak four-year period with the department. Those with CPD for more than 29 years are entitled to 75% of that peak salary. Johnson was a 31-year veteran of the department.

On Jan. 1, 2021, Johnson will be eligible to receive a post-retirement, cost-of-living increase of more than $5,600 for that year, according to the records reviewed by the newspaper.