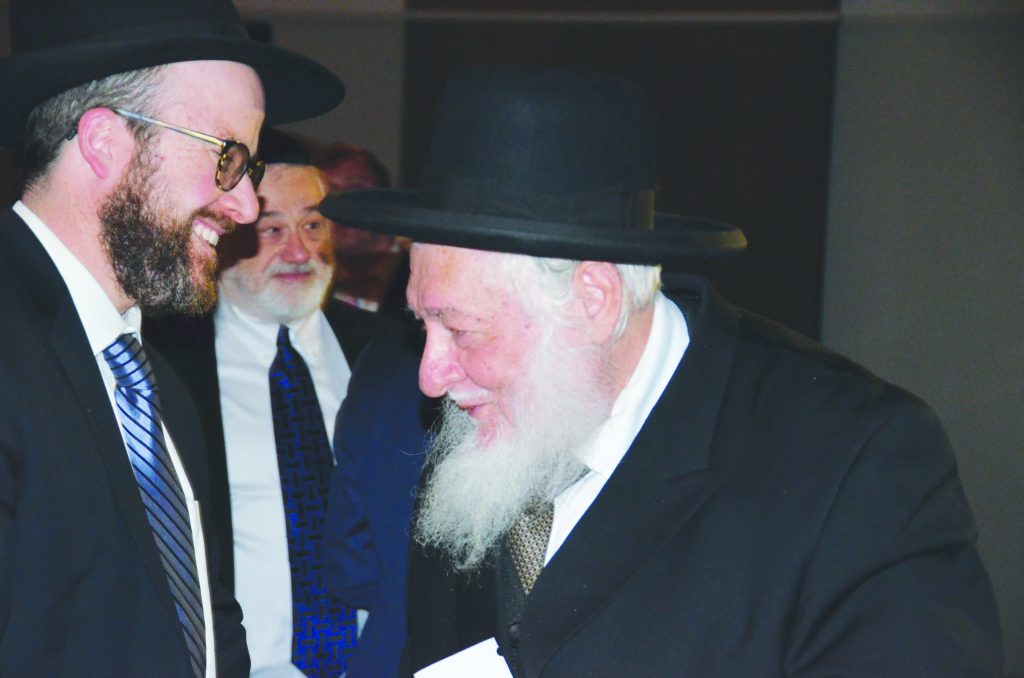 Kehillas Am Echad, originally founded in 1969 as a small minyan hosted by the Sonnenberg family, has now developed into a vibrant kehillah with 90 families, under the leadership of Rabbi Menachem Levine, Mara d’Asra.

“It has often been said that the Bay Area has the most Jews, but the least Judaism,” quipped Rabbi Levine. “Now, with siyatta diShmaya, the kehillah has become well established, with multiple daily minyanim and multiple shiurim every day of the week, including two Daf Yomi shiurim. This is largely thanks to the dedication of several key community leaders, including Dr. Andy Hartman, shul president; Jonathan Kaye, vice president; David Raccah, treasurer; and Mr. Yitzchok (Kevin) Fagan, gabbai, as well as many others.”

Harav Leff’s weekend visit was extremely well-received, as he spoke 10 times at various venues throughout the community. On Friday morning, Harav Leff spoke at the girls’ high school, Meira Academy, discussing why women were informed first about Mattan Torah, as the passuk in Parashas Yisro states, “Ko somar l’veis Yaakov.” Harav Leff then addressed the local kollel, the Jewish Study Network, on the role of a kollel and the delicate balance between embracing the community and also serving as role models. Later, he inspired the students at South Peninsula Hebrew Day School with a talk on the meaning and significance of being a link in the chain of mesorah that goes back to Har Sinai.

The packed schedule of shiurim on Shabbos began on Leil Shabbos, as Harav Leff delivered a drashah at Am Echad after Kabbalas Shabbos on the lessons of Krias Yam Suf. Later, he spoke twice at a packed oneg Shabbos on the age-old question of why bad things happen to good people, and on the purpose of tefillah. On Shabbos morning, Harav Leff delivered the drashah before Mussaf on how to maintain one’s spiritual accomplishments. During seudah shelishis, he discussed the connection between man and trees, in preparation for Tu BiShvat. Harav Leff spoke again at the shul’s Avos Ubanim on the importance of father-and-son learning. Later, on Motzoei Shabbos, Harav Leff spoke in Hebrew to the very eager audience of Israelis and discussed some of the fundamentals of Yiddishkeit.

On Sunday night, at the dinner, Harav Leff’s address focused on the meaning of being part of a community and having a Rav who is a true leader, praising Rabbi Levine for all of his accomplishments. The Jubilee Gala was similarly a “smashing success,” as attendees joyously celebrated their kehillah and the growth of Torah and Yiddishkeit in Silicon Valley.