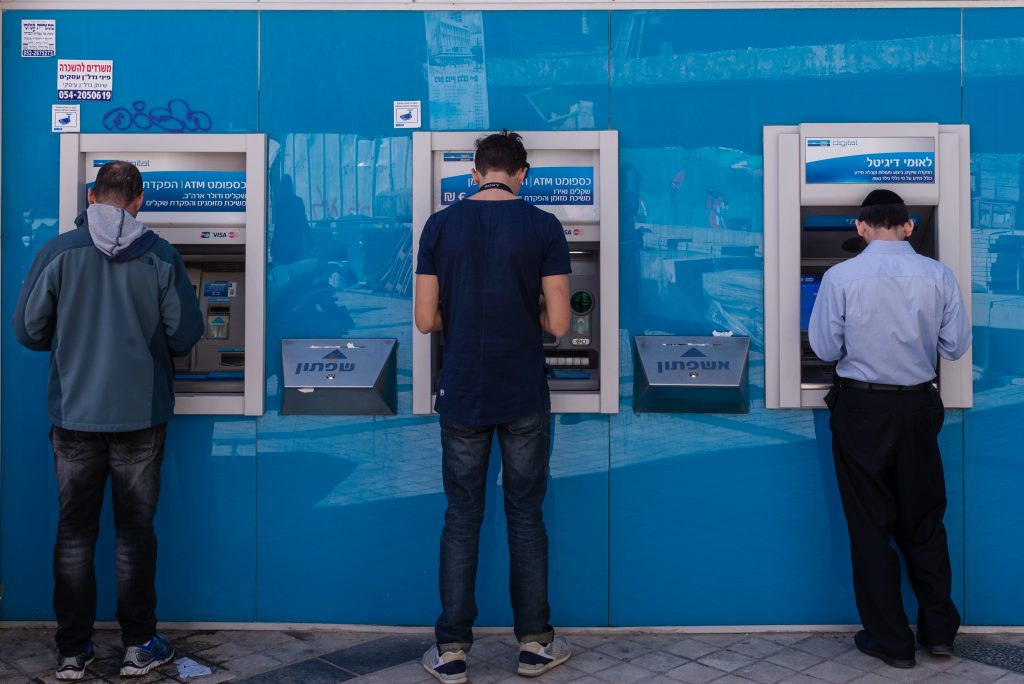 Police said Wednesday that in recent days they foiled a major robbery of a bank automated teller machine – not from the machine, but the machine itself. The attempted robbery took place earlier in February in Kiryat Shemona, and a 23-year-old individual from the Arab village of Tuba Zangria was arrested.

The incident occurred late at night on February 2, when police got several calls reporting loud noises and a tractor operating at Metzudot Junction in Kiryat Shemona. It turned out that the tractor was attempting to extract the ATM, which had been filled earlier in the day and was estimated to be holding some NIS 700,000.

Police rushed to the scene to discover that the tractor had completed its work – and that the ATM was now on a flatbed truck that the thieves were planning to drive to their hideaway. When police arrived, the thieves realized that the gambit was up – and they attempted to escape on foot. Police began chasing them and were able to arrest one of the gang. Under questioning, the thief admitted that he and his colleagues had not only tried to steal the ATM – they had also stolen the truck they were planning to use to spirit it away.

Although the ATM was recovered with all its money intact, some of that cash will have to go toward repairing the machine – which bank officials estimate at about a quarter of a million shekels. Police filed an indictment against the detainee Wednesday. He has submitted the names of his fellow thieves, and police are attempting to track them down. In a statement, police said that “we operate with determination using advanced techniques to bring to justice violators who harm people and property and threaten the welfare of the public.”