Politics Harry Reid: Brokered Convention ‘Not the End of the World’
Politics 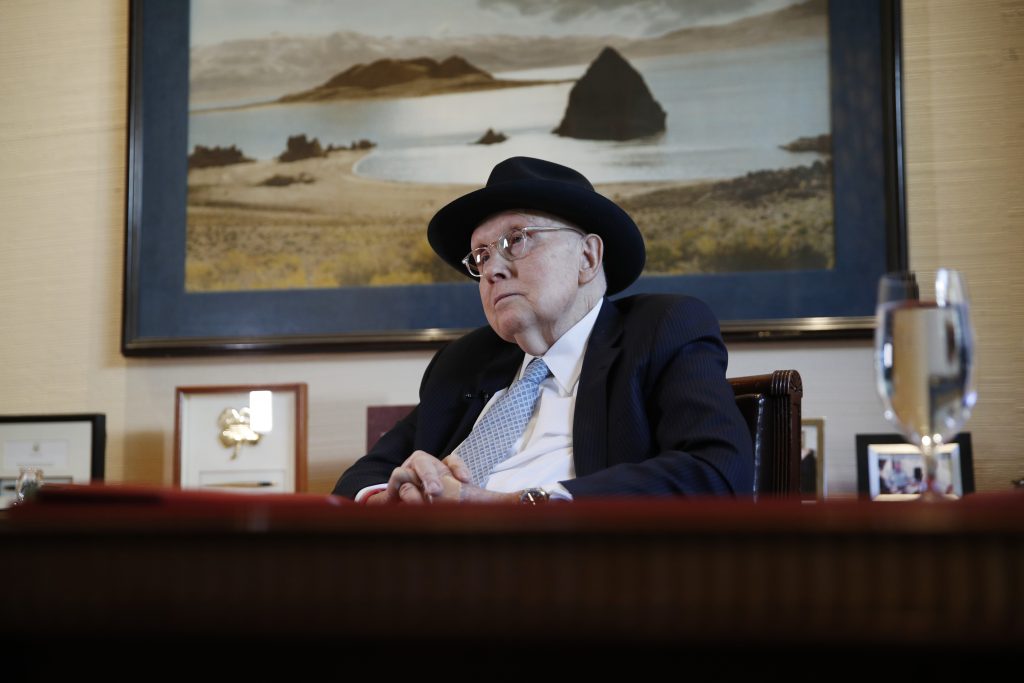 Former Senate Majority Leader Harry Reid on Wednesday said it was possible the crowded Democratic primary race was headed toward a contentious convention fight and downplayed the political dangers of a scenario many party leaders are dreading.

“I don’t think we’ll have one, but we could have one,” Reid told The Associated Press in an interview days before the Democratic caucuses in his home state of Nevada. “We’ve had brokered conventions before, and we’ve always come up with good candidates. It’s not the end of the world. It just slows the process down.”

Reid’s attitude is a sharp contrast to many in the Democratic establishment who are anxious about the prospect of a long, contentious primary race in which several candidates divide up the vote and no one amasses more than 50% of the delegates ahead of the July convention. A brokered convention, in which party bosses or delegates in floor fights and negotiations decide the nominee, hasn’t happened since the invention of the modern primary system five decades ago. Many believe it would fracture the party and delay its shift to focusing on the common goal: defeating President Donald Trump.

Still, the 78-year-old Reid, who retired in early 2017 after a long career as a party power broker, offered no other path to arriving at the nomination. Reid suggested that the Democratic National Committee delegates should decide the nominee if the party’s leading candidate does not have a majority of delegates required to win.

“No, I think that we should make sure that the convention picks the nominee then,” Reid said.

But Reid, when pressed, then said he didn’t want to weigh in on whether that should happen until the Democratic National Committee weighed in.

“They’re the ones that should make decisions like that,” he said. “I want to hear what they have to say. That’s their function.”

Reid is among the party leaders, chief among them former President Barack Obama, who are under pressure to assert some influence and avoid the convention fight. Reid has not endorsed in the Democratic primary race and, asked if he thought Obama should jump in, Reid said it was unlikely.

“No one is going to get him to do anything that he doesn’t want to do. He wants to be neutral. I don’t think there’s anything wrong with that. And he’s getting tremendous pressure, as everyone knows,” he said, adding that he hadn’t discussed the matter with Obama.

“We talk, but that isn’t anything we talk about,” he said.

Reid said he doesn’t think anyone should encourage some of the more moderate candidates to drop out so their supporters could coalesce around one candidate. He said he thinks progressive favorite Vermont Sen. Bernie Sanders can win the election and beat Trump.

Sanders, who is well positioned heading into Nevada’s Saturday caucuses, was a “stunningly good” chairman of the budget committee in the U.S. Senate, Reid said.

Reid said he’s not a fan of Sanders’ signature “Medicare for All” health-care proposal, moving the country to a government-run insurance system, and repeated his doubts that it could pass Congress.

“I worked so hard on Obamacare — harder than I worked on any other one thing,” Reid said. “Obamacare is the law. The Republicans have pecked away at it and damaged it. But what we have to do is strengthen Obamacare. Public option with that would make it even better.”

He also said he recommended years ago that Minnesota Sen. Amy Klobuchar, another Democratic presidential candidate, be put on the U.S. Supreme Court because she is “brilliant” and “one of the finest minds I’ve ever dealt with.”

“Amy is a force to be reckoned with,” he said.

Reid had compliments for former New York Mayor Mike Bloomberg and philanthropist Tom Steyer, the two billionaires in the Democratic race. He said they’re not doing anything illegal or wrong by pouring millions of their money into their campaigns, but he’d like to see laws changed to get money out of politics.

While Bloomberg is a former Republican, Reid said he considers him a Democrat and said Bloomberg wanted to be a Democrat when he first ran for New York City mayor, but “the Democratic powers to be in New York wouldn’t let him.”

“He wanted to be a Democrat. There’s no question about that.”