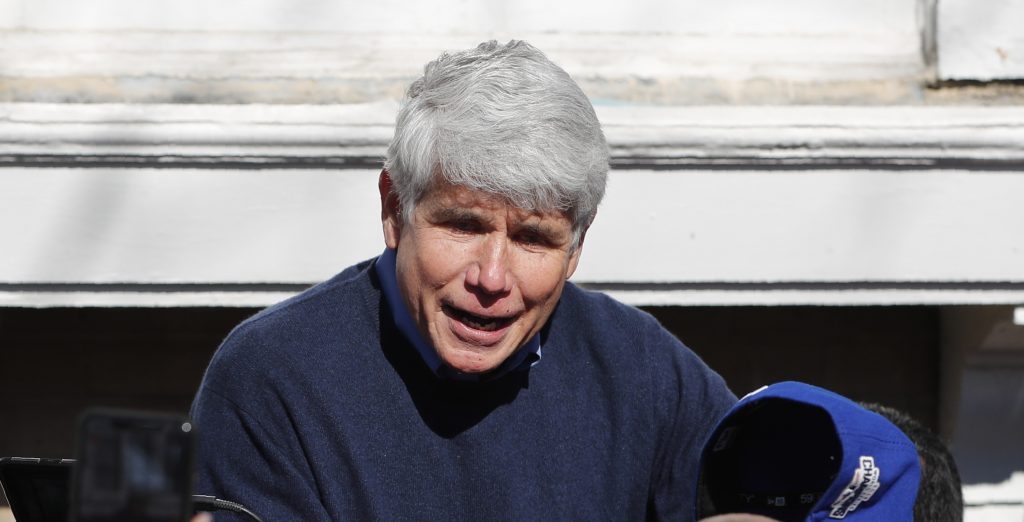 Blagojevich spoke to reporters outside his family home in Chicago during his first scheduled press event since his release. A large sign hanging on the home read, “Thanks Mr. President.” One man wore a rubber Blagojevich mask and hoisted the former governor’s 2006 campaign sign.

“We want to express our most profound and everlasting gratitude to President Trump,” Blagojevich said. “He didn’t have to do this …. this is an act of kindness.”

Blagojevich, 63, walked out of a federal prison in Colorado on Tuesday after serving eight years of a 14-year sentence for wide-ranging political corruption, just hours after Trump granted him a commutation.

“I’m a Trumpocrat,” Blagojevich said. “If I had the ability to vote, I would vote for him.”

Blagojevich, a one-time contestant on Trump’s show, has been radioactive politically since his arrest as governor in 2008.

Blagojevich didn’t answer direct questions at the public appearance Wednesday. He continually dabbed a handkerchief on a cut on his chin. He apologized to reporters, explaining, “It’s been a long time since I shaved with a normal razor.”

His convictions included seeking to sell an appointment to the U.S. Senate seat Barack Obama vacated to become president, trying to shake down a children’s hospital and lying to the FBI.