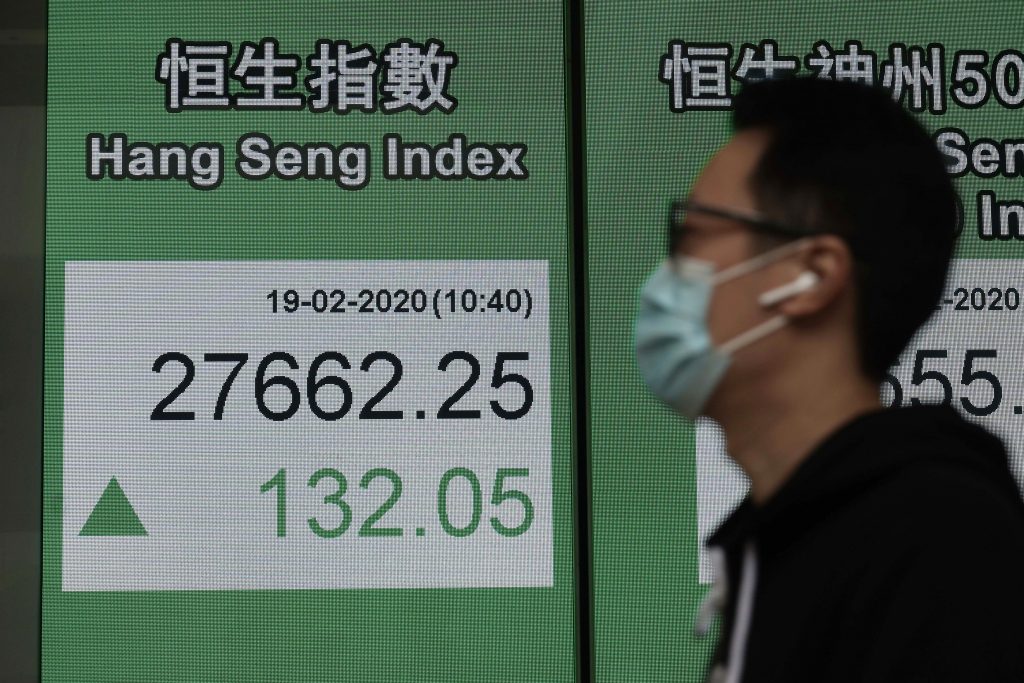 Asian shares mostly rose Wednesday, despite overnight losses on Wall Street and continuing fears about an outbreak of a new virus that began in China.

Adding to optimism, new virus cases in China have been falling, with 1,749 new infections and 136 new deaths announced on Wednesday. But data are showing disruptions to manufacturing, retailing and tourism.

“Collapse in demand due to COVID-19 remains the key worry for the markets across the globe as the disease continues its spread,” said Prakash Sakpal, economist for Asia at ING.

Japan reported its third straight month of a trade deficit in January and like the rest of Asia is enduring a downturn in tourism. Some controls have been set on travel to and from China and other places suffering from outbreaks of the virus.

Trade is likely to be a “major drag” on Japan’s economic growth this quarter, Tom Learmouth of Capital Economics said in a commentary. He is forecasting a 0.6% decrease in GDP in the January-March quarter linked to disruptions from the virus.

The gains in Asian trading followed a modest loss on U.S. stock indexes, which gave up some of their solid gains from the past two weeks.

Banks and technology stocks accounted for most of the decline.

Monday was a holiday in the U.S. for Presidents’ Day.

“The longer this goes on, the greater the focus is going to be on how much is this going to impact companies like Apple, which is considered not only a bellwether in tech, but a bellwether for the market overall,” said Randy Frederick, vice president of trading & derivatives at Charles Schwab.

Despite the ongoing uncertainty over the viral outbreak, investors have appeared to be willing to buy back into the market after dips.

The S&P 500 has ended higher the past two weeks and is holding onto a 4.5% gain this month.

For the most part, investors are betting that the economic fallout from the outbreak will be limited to the first three months of this year, Frederick said. But if companies signal that they expect lingering effects on their business into the second quarter, investors could become less eager to jump back into the market.

“There are just so many people out there that think every dip is a buying opportunity, and so far, they’ve been rewarded,” Frederick said. “We’re going to see that for a while, until we have a really big downturn and people really get hurt by it. We just haven’t had that in a long time.”