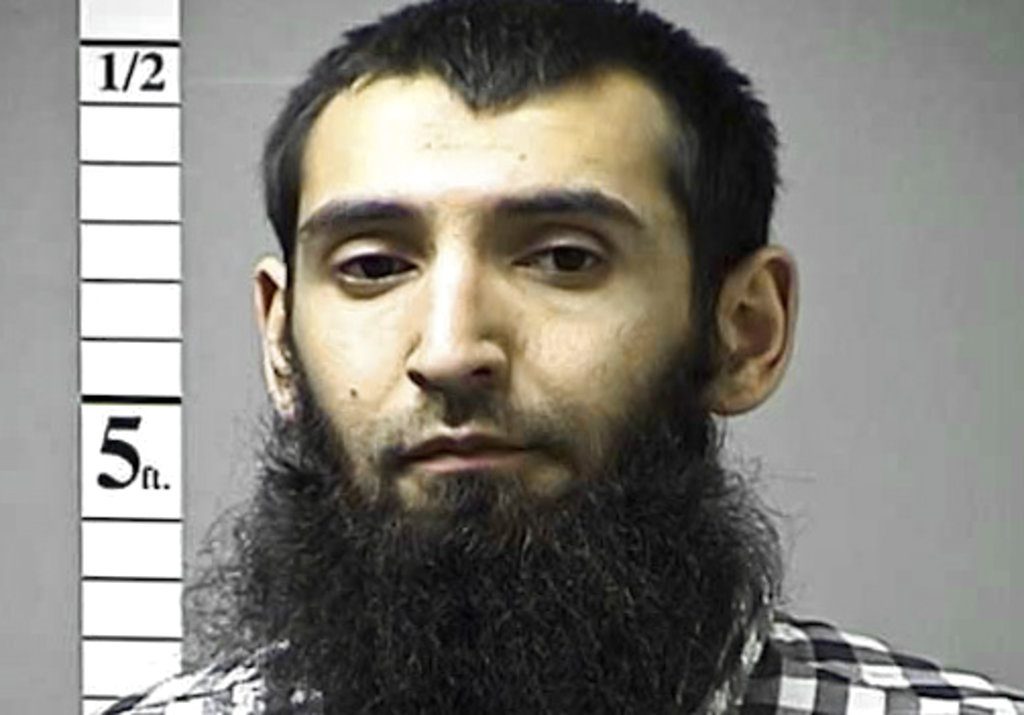 The Uzbek man accused of fatally running over eight people with a truck on a lower Manhattan bike path threatened to decapitate a correction officer, the feds charged Wednesday.

New papers filed ahead of Sayfullo Saipov’s trial in April added disturbing new details to the horrific truck attack on the Hudson River bike bath in 2017 — and alleged that he remained a danger behind bars at the Metropolitan Correctional Center.

Saipov’s threats to jail staff began the evening of Dec. 17 when he became infuriated by an officer who frequently slammed a door, prosecutors wrote. During a confrontation, Saipov allegedly threatened to kill the officer if the guard dared open his cell.

“Other guys will be picking up your dead body!” Saipov barked, according to court papers.

At a disciplinary hearing Saipov reiterated the threat and said he wanted to “cut this animal head off,” papers read.

Prosecutors seek to tell a jury about the episode should Saipov’s trial reach the death penalty phase. The threat was evidence of “future dangerousness” that weighs in favor of capital punishment, authorities said.

The feds detailed overwhelming evidence against Saipov in an 80-page document. Two of Saipov’s cellphones allegedly contained more than 6,000 images, audio and video of terrorist propaganda.

Saipov immersed himself in Islamic State’s culture three years before the attack. He practiced maneuvering the rental pickup truck in the days leading up to the killing spree when he rammed cyclists and pedestrians on the bike path along the Hudson River at speeds as high as 65 mph, prosecutors wrote. Saipov had planned to continue driving to the Brooklyn Bridge but crashed into a school bus, according to prosecutors. An NYPD cop shot Saipov, ending the attack.

Inside the truck, authorities found three knives and a drawing of the Islamic State flag, along with slogans associated with the terrorist group, prosecutors claim. While being questioned at Bellevue Hospital, Saipov asked if an Islamic State flag could be hung in a window and praised the group’s now-deceased leader, Abu Bakr al-Baghdadi, the feds said.

Prosecutors plan to use Saipov’s rants in court against him during the trial. During several court appearances Saipov has praised Islamic State and said he does not recognize the court’s authority.

U.S. laws were made by “weak minds,” he said during a June 2018 hearing. Saipov proclaimed that Islamic State was “leading a war … to impose sharia (law) on earth.”