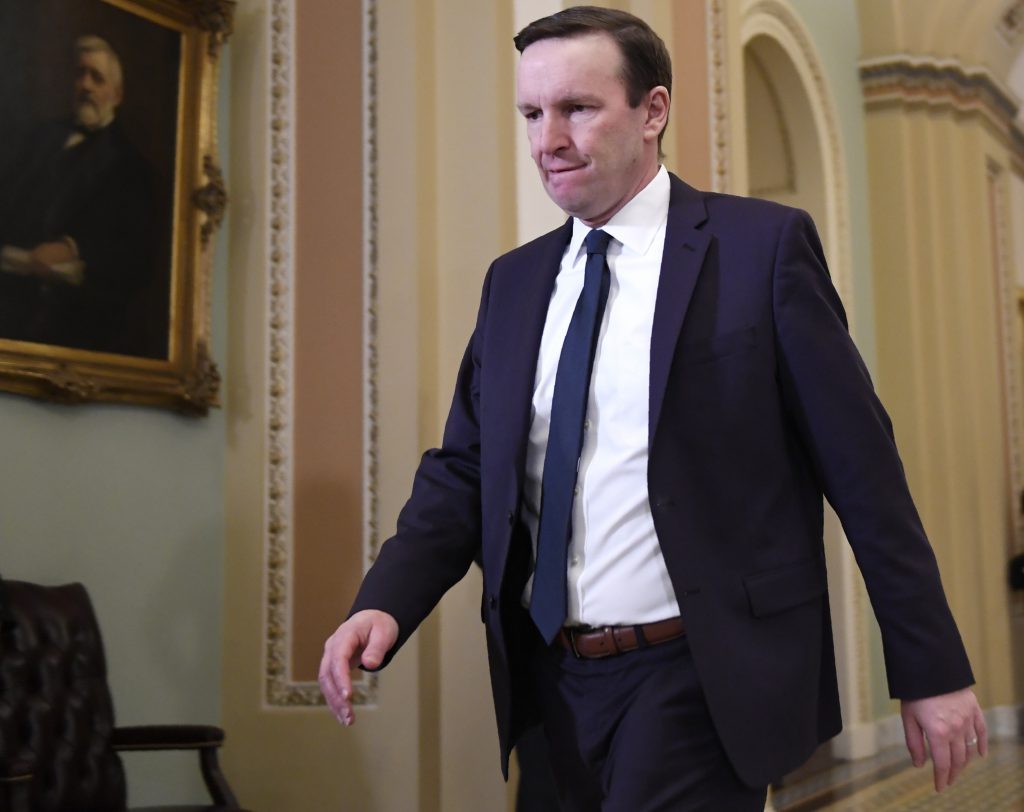 Sen. Chris Murphy on Tuesday defended a weekend meeting he held with Iran’s foreign minister in Europe, after his actions were questioned in conservative media and as President Donald Trump suggested they may have violated U.S. law.

The Connecticut Democrat said his Saturday meeting with Mohammed Javad Zarif was important because it is “dangerous not to talk to one’s enemies.” Murphy said he wanted to see Zarif because there has been no U.S. diplomatic channel with Iran since Trump withdrew from the 2015 nuclear deal two years ago.

“I have no delusions about Iran — they are our adversary, responsible for the killing of thousands of Americans and unacceptable levels of support for terrorist organizations throughout the Middle East,” he wrote in a Medium post.

On hearing of the meeting, Trump said it sounded as though Murphy had violated an obscure, little-used federal law known as the Logan Act that bars private citizens from conducting official diplomacy. The 1799 law makes it a felony for unauthorized Americans to negotiate with governments in disputes with the U.S. Logan Act charges have only been filed against two people, both in the 19th century, and neither were convicted.

“Is there anything that I should know because that sounds like to me a violation of the Logan Act,” Trump said, recalling his reaction when he was told of the meeting. “Did you hear about Senator Murphy met with the Iranians? Well, they ought to find out about it — if it’s true. I don’t know.”

Murphy’s meeting with Zarif was first reported in the conservative publication The Federalist. Asked about that report, Secretary of State Mike Pompeo told reporters Tuesday during a trip to Ethiopia that he hoped anyone who meets with Zarif would be reflecting the U.S. position with Iran.

“If they met, I don’t know what they said. I hope they were reinforcing America’s foreign policy, not their own,” Pompeo said, noting that the U.S. has long designated Iran a state sponsor of terrorism and that it had recently shot down a Ukrainian passenger jet over Tehran. Pompeo has criticized other Americans for meeting with Zarif, including his immediate predecessor, John Kerry.

Perhaps expecting criticism for the meeting from the administration, Murphy wrote that he “cannot conduct diplomacy on behalf of the whole of the U.S. government, and I don’t pretend to be in a position to do so. But if Trump isn’t going to talk to Iran, then someone should.”

Murphy said he raised numerous contentious issues in his conversation with Zarif on the sidelines of an international security conference in Munich, Germany. The meeting came as the Trump administration seeks to increasingly isolate Iran through the re-imposition of sanctions under its “maximum pressure campaign” on the Islamic republic.

Murphy has been a harsh critic of the administration’s policy toward Iran. He said in a Medium post that he had raised the U.S. airstrike that killed a top Iranian general in Iraq and told Zarif that despite differences, Congress and the administration are united in sending a message that any Iran-backed attack on American troops in Iraq would be “an unacceptable escalation.”

The senator also said he had raised Iran’s support for Shiite Houthi rebels in Yemen and Americans held prisoner in Iran.