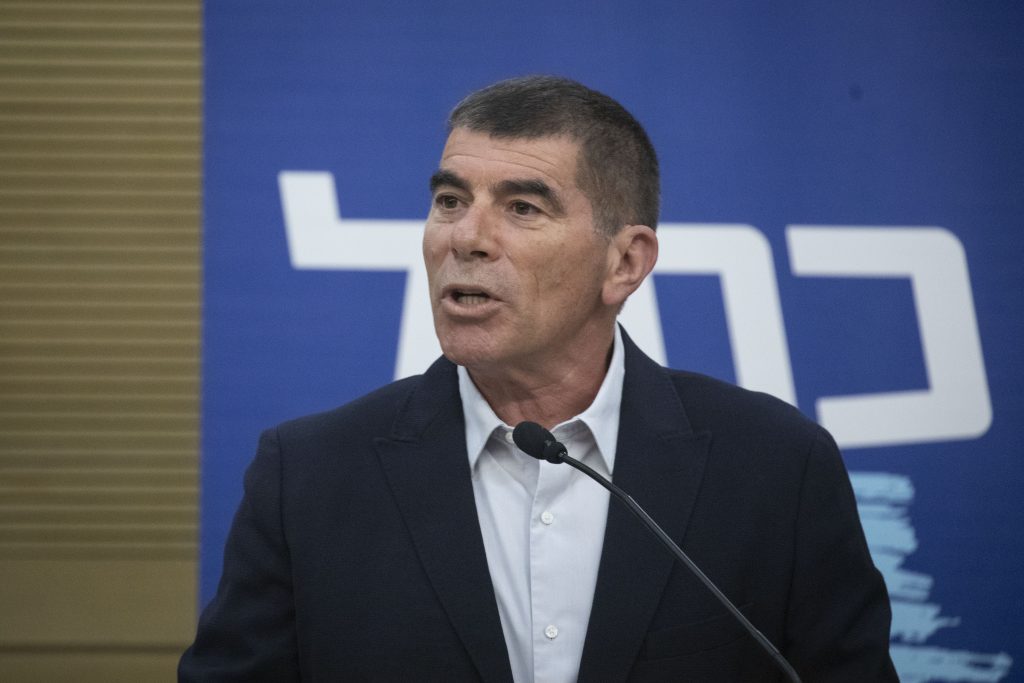 At issue are transcripts of phone conversations that have been held under a court gag order since the “Harpaz Affair” of 2010, a scandal involving shady machinations for power among the IDF’s most senior officers.

The transcripts are said to show collusion against PM Netanyahu between Attorney General Avichai Mandelblit and Blue and White MK Gabi Ashkenazi. Mandelblit was then the IDF top legal officer and Ashkenazi was army chief of staff.

Netanyahu demanded that all remaining unpublished transcripts placed under gag order at the time be released.

“Ashkenazi needs to explain to the public what he did. What do they have to hide?” Netanyahu demanded in a Channel 13 interview.

“If they have nothing [to hide], it would help if they agreed to release the materials before the elections. [Ashkenazi] wants to lead the country!”

Columnist Amnon Lord claimed in Yisrael Hayom on Monday that the 2010 case was “the start of the road for Ashkenazi, Gantz and Mandelblit — to take out not only [Yoav] Gallant [the target of a smear tactic to stop his bid to become IDF chief], but also Netanyahu.”

Lord suggested it was tantamount to a soft military coup, echoing Netanyahu’s claims that the investigations into his affairs were an “attempted coup” by police and prosecutors.

“That is, since 2010 we have a defense elite that doesn’t accept the rule of the political echelon,” wrote Lord.

Ohana, a Netanyahu appointee, said that all recordings from the “Ashkenazi-Mandelblit investigations” must be made public.

“The public must know before the election, in order to allow for a transparent and open public debate, all the facts about the nature of the connection between Ashkenazi and Mandelblit, and whether it affected their decisions,” he said, apparently referring to the decision to indict Netanyahu for corruption.

In response, Ashkenazi’s office sought to downplay the matter, noting that the recordings were “from almost a decade ago” and “have been reported on several times in the past. Hundreds of thousands of Ashkenazi’s conversations have been examined and searched by police, the state comptroller and the attorney general, who in the end decided to close the case. All the suspicions have been discredited and disproven. We wish for all public servants that such massive surveillance of all their conversations ends in the same way.”

Similarly, Mandelblit said that he had long been exonerated. The search committee that vetted his nomination [by Netanyahu] for attorney general in 2014, and the High Court that reviewed a petition against the appointment, both determined that he had done nothing wrong in connection with the “Harpaz Affair.”