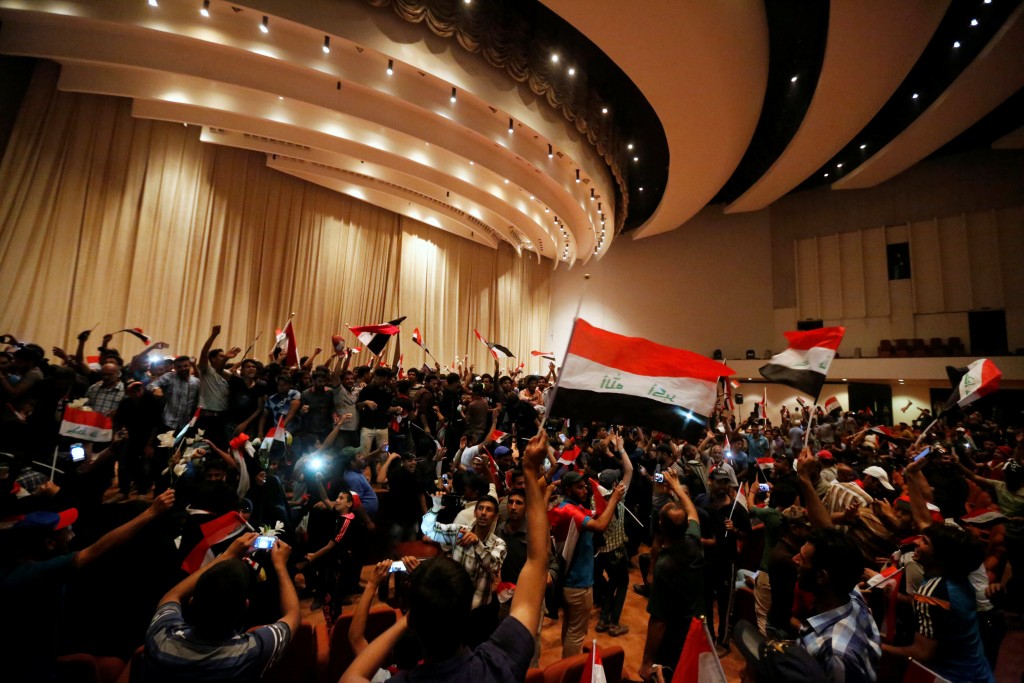 Ali al-Sistani, the Grand Ayatollah of Iraq and one of the most influential figures in the country’s leadership, is almost 90 years old and recently underwent surgery for a fractured bone, eliciting calls of support from officials of both Iran and the United States, and putting into focus the question: what will happen after al-Sistani?

The question has gained added importance for an Iraq deeply embroiled in U.S.-Iranian tensions and gripped by months of anti-government protests.

Al-Sistani’s death would rob Iraq of a powerful voice whose sway among followers and positions against foreign intervention are believed to have curbed further Iranian influence. He sought to restrain Iranian-backed Shiite militias accused of abuses and moderate the government, repeatedly stating that the Iraqi people are the source of authority.

Iran, analysts say, will likely try to exploit the vacuum to expand its influence among Iraq’s Shiites.

The Iranians “don’t want another al-Sistani … They don’t want somebody who is strong, who overshadows their own supreme leader,” said Abbas Kadhim, director of the Iraq Initiative at the Atlantic Council. While none of al-Sistani’s potential successors are “in Iran’s pockets,” Tehran can benefit from a weak figure.

“If this person is silent and doesn’t intervene, people will look elsewhere for guidance,” Kadhim said.

Iran’s post-al-Sistani ambitions may be complicated by Iraq’s wave of protests since October, which showed a vein of resentment among Shiites to Tehran’s power. Many Iraqis have also been angered at how U.S. and Iranian hostilities have played out on their soil, including last month’s U.S. drone strike that killed top Iranian general Qassem Soleimani in Baghdad.

One cleric in the Shiite city of Najaf said he felt “scared for Iraq” when he learned of al-Sistani’s surgery. When he dies, Iran could use its “revolutionary slogans” to try to attract followers to its supreme leader Ayatollah Ali Khamenei, he said.

But he argued that al-Sistani’s support for peaceful protesters strengthened Najaf’s hand among the public against Iran’s forays. “Things weren’t that complicated for Iran” before, he said.

Al-Sistani has been a counterweight to Iran, not only in politics. He is opposed to the direct rule by clerics that exists in Iran, where Khamenei has the final word in all matters.

Al-Sistani doesn’t make public appearances — his messages are put out by intermediaries.

The system for al-Sistani’s succession is complex and informal: no one is “appointed” and there won’t be an immediate declaration of a successor. It can take months or even years until one cleric garners enough followers and influence to gain a consensus.

Al-Sistani’s influential son, Mohamed Reda, could play a role in shaping the succession if he threw his weight behind a candidate who he thinks will follow in his father’s footsteps, said Baghdad-based analyst Sajad Jiyad. “It’s important for him that al-Sistani’s school is cemented.”

Even as he shunned a direct rule by clerics, al-Sistani weighed in actively throughout Iraq’s turbulent times, helping shape the rise in power of the country’s Shiite majority.

His positions forced Iraq’s post-Saddam American administrators to significantly revise their transition plans. In 2004, it took his return from London, where he was treated for a heart condition, to end fighting in Najaf between a Shiite militia and U.S. and Iraqi forces. In 2014, thousands heeded his calls for Iraqis to take up arms against the onslaught of the Sunni Islamic State group.

Still, his influence had limits. He spoke out against reprisals against Sunnis during times of sectarian bloodshed in the mid-2000s but that didn’t stop the vicious killings.

Anger at Iran’s influence has helped fuel the current protest movement, the largest seen in Iraq. Protesters complain of corruption by politicians and many reject both Iranian and American interference.

Al-Sistani has voiced support for the demands of peaceful protesters and denounced the crackdown against them. He has also spoken out against all foreign intervention and called for an Iraq “that is ruled by its children with no role for outsiders in its decisions.” Analysts said the word “outsiders” was seen as a harsh message to Iran.