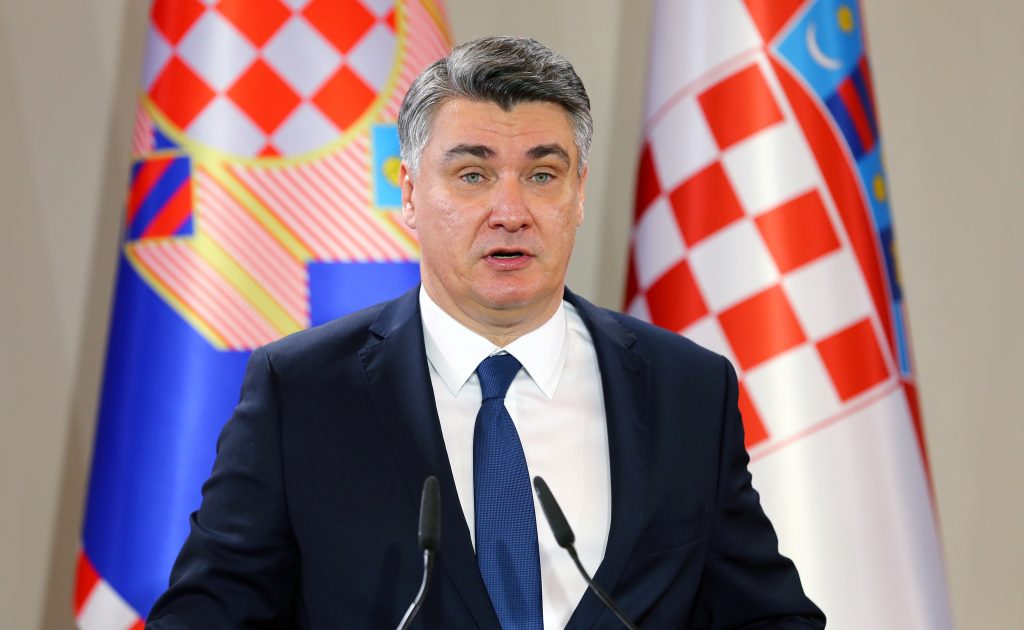 Croatia’s new president Zoran Milanovic urged more solidarity in society as he formally took office on Tuesday, and called for vigilance against populist approaches to issues such as climate change that may distort or ignore scientific facts.

Unlike his four predecessors who were sworn in at Zagreb’s parliament buildings, Milanovic, 53, chose to organize a smaller ceremony at his office on a hill in a largely residential area overlooking central Zagreb.

“The majority of voters can vote for a decision that there are no climate changes or that it is not a problem,” Milanovic told a gathering of top state officials. “It won’t change the truth that the problem exists.”

He said the truth was one thing and another thing was “a legitimate political will to do something with that truth, or do nothing.”

“Independent media, the judiciary and the scientific community are the strongest defense against any form of tyranny,” Milanovic, who was prime minister from 2011 to 2015, said.

“I will not be a corrective, but a constructive [political] factor,” Milanovic said.

The role of the president in Croatia is largely ceremonial. He has no power to veto laws, but has a say in security, defense and foreign policy matters.

“Strengthening solidarity and social inclusiveness, more just distribution of wealth, and a fight against clientelism are the main and the most effective tools against inequality and alienation in society,” Milanovic said.