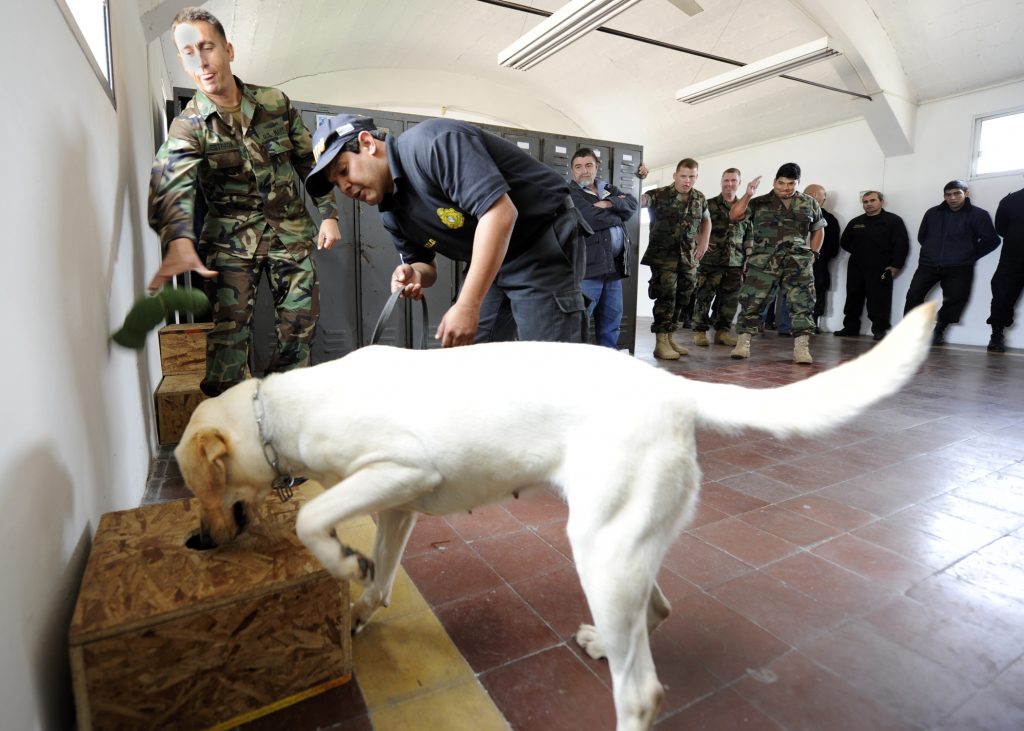 New Yorkers could see fewer bomb-sniffing dogs at the city’s airports and train stations if President Donald Trump gets his way.

“As state and local law enforcement agencies already monitor and maintain jurisdiction in these areas, the VIPR Teams’ efforts are duplicative and unnecessary,” the White House wrote in justifying the cut. “In addition, VIPR Team performance measures fail to articulate program effectiveness, and lack demonstrable results.”

Sen. Chuck Schumer, D-N.Y., said he was blindsided by the proposal and vowed to fight for funding for the dog teams.

The New York Police Department and the Metropolitan Transportation Authority both employ specialized dog teams to help crack down on explosives — but Schumer said the ones deployed by the federal government are better equipped to handle the job.

Dogs aren’t the only facet of national security the White House proposes to cut this year.

The budget also contains $84 million in cuts to Transportation Security Administration staffers who monitor access to secure areas of airports, and instead asks to shift those responsibilities onto private airline operators.

Under the proposal, state and local governments would also lose $46 million worth of grants used to beef up airport security. Those grants were created in the aftermath of the Sept. 11 terror attacks.

“This is just pushing the cost from the feds to the city, any city,” Schumer said of the cuts. “But terror threats are of national concern, and New York, other big cities and transit hubs should not be shouldering the brunt of these security costs.”