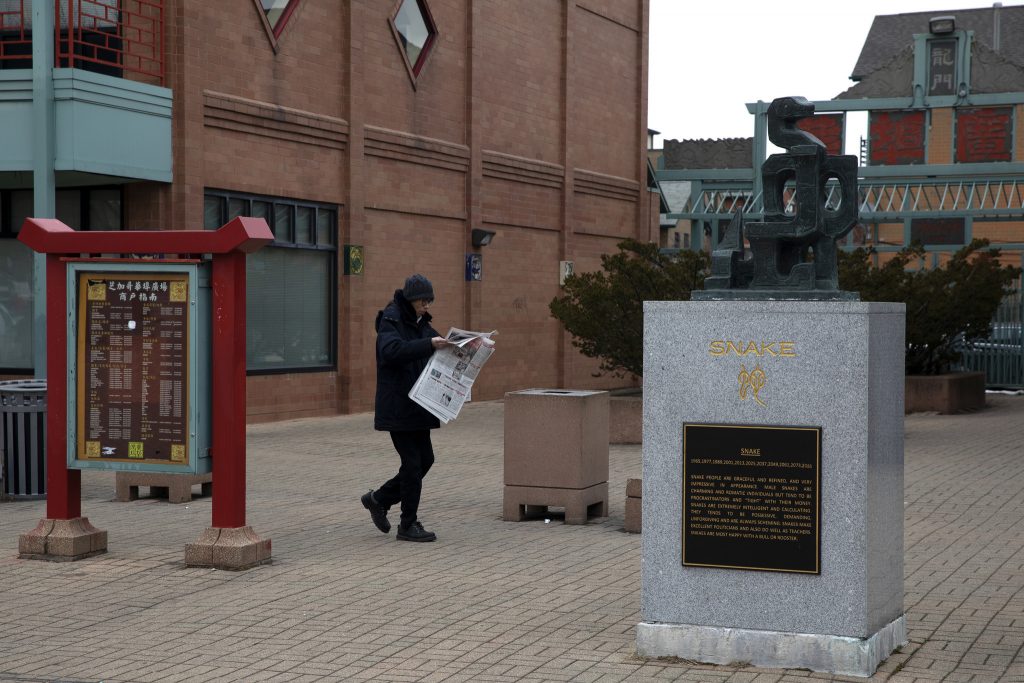 Like many other American staples and luxuries, L.O.L. Surprise! — dolls are made in China. Chatsworth-based MGA Entertainment has them manufactured in Guangdong province, trucked to the port in Yantian Harbor, loaded on ships and brought to the United States, where the popular toys are distributed to retailers and scooped up by eager children. The process went smoothly for years.

Then the coronavirus outbreak hit, and the supply chain stuttered.

The situation is “a disaster, frankly,” MGA Chief Executive Isaac Larian said. Production of his company’s toys has dropped 60% compared with this period last year. To get by, he said, he is filling only partial toy orders — “if a retailer wants 100,000 pieces, we’re giving them 15,000 or 20,000.”

Businesses of all stripes nationwide are feeling pain from the coronavirus outbreak, which has killed 1,775 people and infected more than 71,300 others worldwide, mostly in China.

U.S. shoppers might start seeing items missing from store shelves as early as mid-April, analyst Edward J. Kelly of Wells Fargo Securities said in a note to clients last week. Big-box retailers such as Walmart and Target “could be the first to experience out-of-stock issues” because they restock more quickly, he wrote.

Larian, however, fears the virus could “cause a major downturn on the whole consumer-goods business — electronics, shoes, apparel.”

The timing of the outbreak was key because workers at Chinese plants had returned to their hometowns for two weeks to celebrate the Chinese Lunar New Year on Jan. 25, and “now they’re stuck, they cannot come back to the factories” because of quarantines, Larian said.

“Some of the factories that did open can’t get raw materials, like fabric and plastics, to make the products. And if they can make products, they can’t get them on the road to the ships because the quarantines mean you can’t travel from one area to another,” he said.

Rival toymaker Mattel Inc. also cited that problem Friday in announcing that its Chinese factories and those of its contract partners, which were supposed to restart production Feb. 3, would stay shut until Monday.

“We do expect production delays,” Mattel Chief Financial Officer Joseph Euteneuer said on a call with analysts. “While none of our manufacturing is located in the Wuhan province” where the coronavirus outbreak started, “the ability of the manufacturing workforce to return to work after the Lunar New Year holiday is being impacted.”

The delays “will be a shock to the system and disrupt the supply chain further for Apple on both its core iPhone franchise and AirPods unit production, which is already facing a short supply,” analyst Dan Ives of Wedbush Securities said in a recent note.

The effect on supply chains extends to the Port of Los Angeles — along with the dockworkers, truck drivers and the vast warehouse and distribution network that rely on it — all of which already had been disrupted in recent months by the U.S.-China trade war, said Gene Seroka, the port’s executive director.

He estimated that overall, there would be 80 fewer sailings of ships from China to the United States, and 350,000 fewer shipping containers received, in the coming weeks. The number of cargo containers received at the twin ports of Los Angeles and Long Beach would drop by one-fifth.

The virus also means fewer Chinese people are visiting Southern California. Tourism Economics, a division of Oxford Economics, forecasts a loss of up to 325,000 Chinese visitors to Los Angeles this year owing to the outbreak, resulting in a drop of $921 million in direct spending. But overall visitor spending in L.A. is still expected to rise.

More than 100,000 people were scheduled to converge on Barcelona, Spain, next week for the world’s largest phone show, Mobile World Congress, but that event was canceled Wednesday due to the virus.

Americans, meanwhile, are cutting back on travel for fear of infection. Travel Leaders Network, a group of 5,700 travel agencies in North America, said it surveyed nearly 400 travel advisers and found that about one-third reported a high to moderate number of cancellations to China and other parts of Asia.

A broad swath of U.S. firms that sell goods and services in China also are losing sales due to the virus.

McDonald’s Corp., Nike Inc. and Starbucks Corp. already have closed scores of stores in China. The apparel firm Under Armour Inc. said the outbreak would cause its sales to drop by $50 million to $60 million.

Tesla Inc., meanwhile, shut down its new Shanghai assembly plant from Feb. 2 to Feb. 10, but it’s unclear how much production has resumed. The Fremont, Calif., automaker was aiming to build 150,000 electric cars at the facility this year.

“It is unknown whether and how global supply chains, particularly for automotive parts, may be affected if such an epidemic persists for an extended period of time,” Tesla said in its newly issued 2019 annual report.

Overall, the virus will disrupt production of at least 1 million vehicles across the industry, the China Association of Automobile Manufacturers said.

Even if the outbreak stabilized today, “it’s probably three weeks before you get real visibility” on its effect on the carmakers “and everyone has their own plans to either throttle down or ramp up capacity,” said Dan Hearsch, a managing director at the consulting firm AlixPartners.

Earlier this month, European commercial aircraft maker Airbus temporarily closed a final assembly line for its A-320 aircraft in Tianjin, China, but the company said Thursday it had been authorized by Chinese authorities to reopen the line. Airbus did not specify when it would restart or how the closure affected its business.

Due to tight government regulations, the U.S. aerospace industry does not typically import components from China, though materials from China can be made into parts elsewhere in the world and eventually used in U.S. planes and other vehicles.