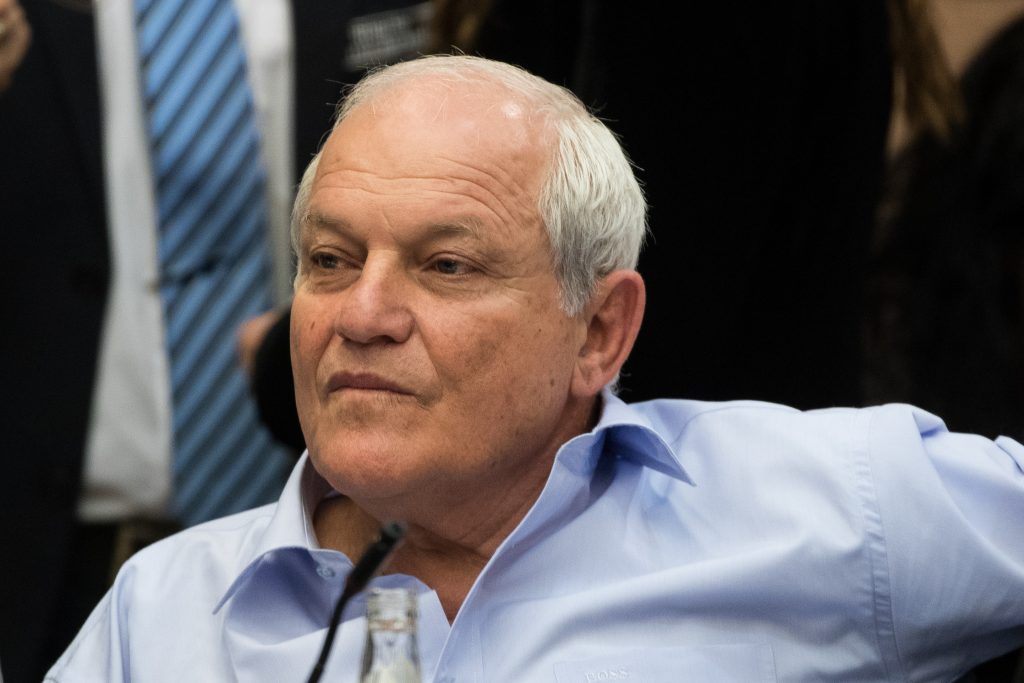 Former Welfare Minister Chaim Katz was granted immunity on Monday by the Knesset in a 62-43 vote that largely followed party lines.

Katz was facing charges of fraud and breach of trust, but the indictment prepared against him by Attorney General Avichai Mandelblit will not be filed, as a result of the vote.

At the Knesset plenum prior to the vote, Katz, a veteran Likud MK, again protested his innocence. He defended his work on Amendment 44 as motivated by wanting to protect small investors and claimed that he was facing “unfair accusations that have damaged me personally and professionally.”

Katz was quoted as saying by The Times of Israel that he had “never, not once, put my personal benefit above that of the public.”

He also contended that the vote was not just about him but about “Knesset members’ freedom to think independently, to pass laws, and to work, according to their conscience, for the good of the public.”

The Knesset can grant immunity from criminal prosecution for actions the House Committee finds were committed in the legitimate fulfillment of parliamentary duties.

Katz was accused of advancing a bill on corporate bond repayment pushed by a financial consultant who was a close friend and financial adviser to Katz himself, and which benefited him financially once it became law. Katz also allegedly concealed those conflicts of interest.

The attorney general had told MKs that the case against Katz was even more serious than the indictment showed, that it went beyond the matter of legislation, but included “a variety of deceitful actions and misrepresentations that included deliberate concealment. This is fraud and breach of trust at the highest level.”

Blue and White leader Benny Gantz spoke against granting immunity on the grounds that it would weaken public trust in elected officials, and tried to link it with the upcoming elections:

“We, Israeli Knesset members, are losing the public’s trust. We are in a third round of elections. Every Israeli citizen has given Netanyahu 2,000 shekels for these elections. We deliberate among ourselves, are preoccupied with ourselves, and look out for our own pockets. It isn’t good and it doesn’t look good.”

Gantz said that the existing procedure for considering requests of immunity should be changed, and promised that Katz’s would be the “final such request deliberated by the Israeli Knesset.”

“The very fact that lawmakers deliberate their colleagues’ immunity requests lends itself to corruption and to the formulation of small interest groups that can potentially turn our parliament into a refuge for criminals,” he said. “After the elections, I will take measures to form an independent, professional, and representative committee. It will be composed of former Knesset members and won’t depend upon Knesset members currently in office. It will consider immunity requests, when necessary, as well as lawmakers’ wages.”