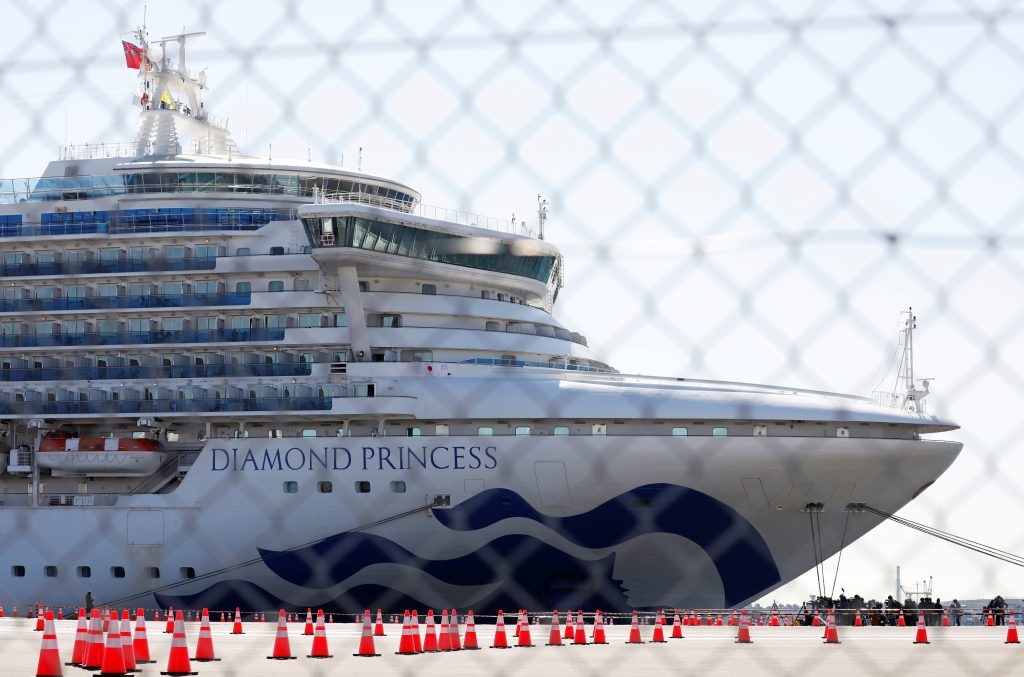 The ministry has been carrying out tests on passengers and crew on the ship, docked in Yokohama, a port city near Tokyo.

The 14-day quarantine for those on the ship was due to end Wednesday.

Outside China, the ship has had the largest number of cases of the COVID-19 illness caused by the virus that emerged in China late last year.

The ministry said it now has tested 1,723 people on the Diamond Princess. The ship had about 3,700 passengers and crew.

Two chartered planes flew 340 Americans who were aboard the vessel out of Japan late Sunday. About 380 Americans had been on the ship. The State Department announced later that 14 of the evacuees were confirmed to have the virus in tests given before they boarded the planes.

They were taken to the U.S. because they did not have symptoms and were being isolated from other passengers on the planes, it said.

It wasn’t immediately clear whether the 14 were included in the 99 new cases announced by Japan on Monday.

Australia, Canada, Hong Kong and Italy were planning similar flights for their citizens.