Technology Insulin is Being Sold Illegally on Craigslist for a Fraction of Retail Price
Health, Science & Technology 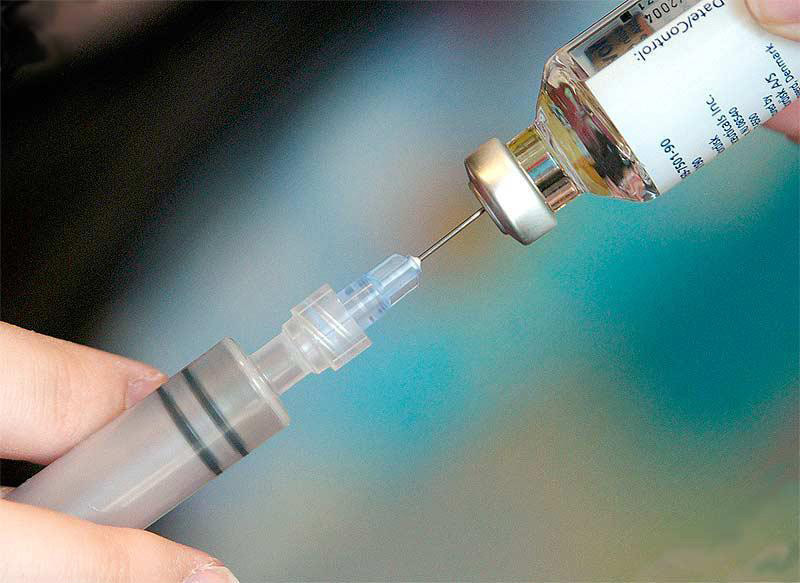 A new study by researchers at ChristianaCare and Jefferson College of Population Health found that the lifesaving diabetes medication is routinely being sold through the online marketplace for a fraction of its list price.

The findings, published online in the Journal of the American Medical Association on Monday, speak to how the high cost of insulin has strained families and may be pushing them to risky behavior in order to get the medication at a price they can afford.

Insulin must be stored at a specific temperature to maintain its effectiveness, and second-hand medications could be less effective. Buying insulin on Craigslist requires no prescription, adding to the danger. Using insulin improperly can lead to coma and even death.

Sellers, too, could be taking a serious risk if they are people with diabetes using less than their prescribed dosage of insulin so they can sell some of it online — not to mention it’s illegal and against Craigslist policy to sell prescription drugs through the website.

“If this is the canary in the mine of how desperate people are to gain access to lifesaving medication, here’s one more window into what that experience is like,” said Rosemary Frasso, program director of public health at Jefferson College of Population Health and co-author of the study.

The medication is notoriously expensive — some of the most commonly prescribed “analog” insulins can cost hundreds of dollars a vial without insurance. Analog insulin, as opposed to the less expensive natural insulin, is made in the lab, engineered to act more predictably in the body. People with Type 1 diabetes may need two or three vials a month, though amounts vary by person. Even with insurance, the costs can be prohibitive for people who have high-deductible health plans or who want a brand that is not their insurance plan’s preferred option.

The study looked only at seller activity on Craigslist, not the motivation of buyers.

But how high insulin prices have affected patients is well documented: Some studies estimate that a quarter of people with Type 1 diabetes ration insulin because of cost. Stretching or skipping doses is dangerous and can even be deadly.

Jennifer Goldstein, a program director for clinical research at ChristianaCare in Delaware, had heard that patients may be turning to places like Craigslist to buy medications when they were unable to afford their prescription.

“It really spoke to the crisis around insulin pricing,” said Goldstein, a co-author of the study. “There are many patients who are most likely seeking out insulin in unregulated marketplaces like Craigslist.”

In June 2019, researchers combed Craigslist for ads selling insulin and found 432 ads in 240 cities in 31 states. Nearly three-quarters of the ads, a total of 311 posts, were for analog insulin, such as Lantus and Humalog — two popular brands.

Researchers found that a vial of analog insulin was being sold for an average of $30 — compared with an average list price of $400.

In Philadelphia, a box of Lantus SoloStar insulin pens is for sale on Craigslist for $100 a box or $90 for two boxes, compared to a retail price of $453 per box on drugs.com.

Another Philadelphia Craigslist seller is offering six unopened vials of NovoLog insulin for $40 each. The vials retail for $311 each, according to drugs.com.

Frasso said she and her co-authors were also troubled by the reasons sellers stated for why they were selling insulin. Some sellers indicated they wanted to sell their extra doses for the month because they needed the money to afford another insurance copay or other monthly expenses.

“People are so broke, here’s something they absolutely have to have and they’re selling it, basically bargaining on being able to solve the problem later,” Frasso said.

It is important for doctors to be aware of the trend, so they can talk to patients about the risks of secondhand medication and work with them to find other ways to afford their medication, Goldstein said.

But more importantly, she hopes the findings will push lawmakers to consider legislative interventions.

“Our findings suggest a really deep need for policy reform to insulin pricing and drug pricing in general,” Goldstein said.

Last year, Illinois capped out-of-pocket costs for a 30-day supply of insulin at $100.

Similar bills have been proposed in Pennsylvania and New Jersey.