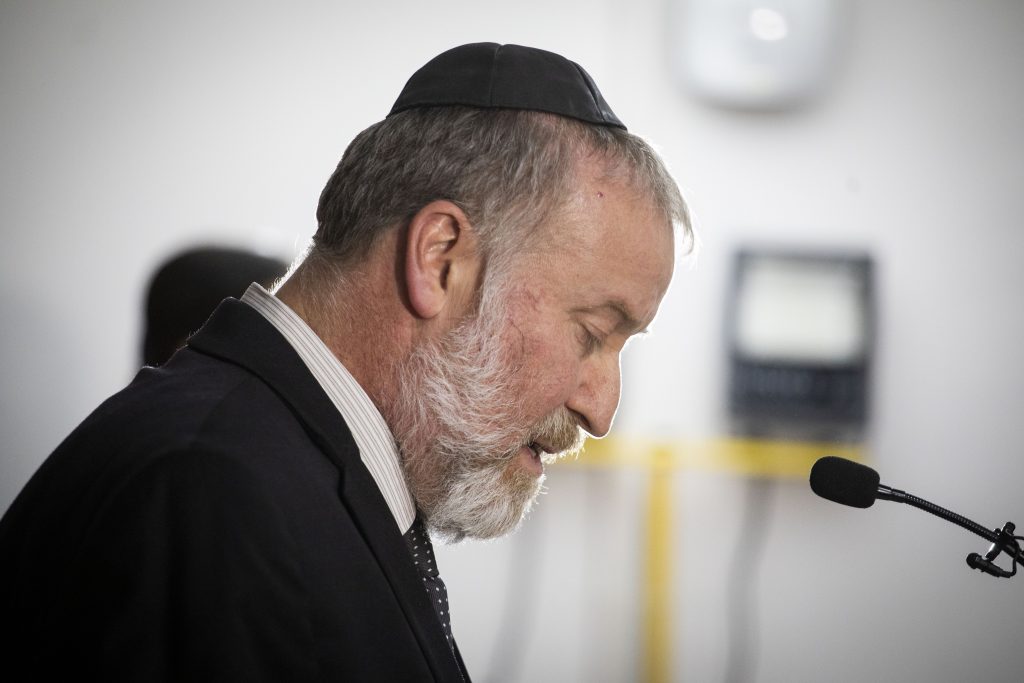 The Betzalmo legal rights organization is demanding that State Attorney Avichai Mandelblit be investigated over leaks of supposedly secure data to the media, after it was revealed that he had met with a journalist who just hours later broadcast an “exclusive” story laying out details of the indictments against Prime Minister Binyamin Netanyahu. The organization is demanding that this specific incident, as well as dozens of other leaks that took place during the period of the police investigations against Netanyahu, be examined to determine Mandelblit’s role in the leaks.

The basis of the investigation is a page from Mandelblit’s personal calendar, which shows that he met with Channel 13 legal affairs reporter Aviad Glickman, after a series of personal messages between the two. The meeting took place in the afternoon, and Glickman broadcast his exclusive report laying out details of the indictments against the prime minister that night. The story was broken by Makor Rishon, which asked Glickman about the meeting, and whether he had received the details from Mandelblit. Glickman refused to confirm or deny the story.

Based on that, the organization demanded that the Justice Ministry investigate Mandelblit over the possibility that he illegally leaked information to the media about the investigation. The investigation against Netanyahu was plagued by dozens of leaks, the source of which have remained a mystery. Attorneys for the group are demanding that Mandelblit be investigated regarding those leaks as well.

Yaakov Cohen, one of the Betzalmo attorneys, said in a statement that “in December it was revealed that Mandelblit met 71 times with members of the media, but he has refused to indicate whom he met with. After much effort, we have determined that one of those media figures was none other than Aviad Glickman, who nearly nightly presented specific quotes from transcripts of witnesses in the Netanyahu investigations, as well as supposedly secret details of the investigations.

“It is not unreasonable to assume that Mandelblit leaked this information because of his involvement with other scandals, such as the Harpaz affair, investigation of which at least for now is in abeyance as long as Mandelblit serves the interests of those who pull the strings in the ‘deep state,’” Cohen said in the statement, adding that, given the compromising of the justice system, it would be proper for the Knesset to investigate Mandelblit’s involvement in the Harpaz affair, as well as in the leaks.