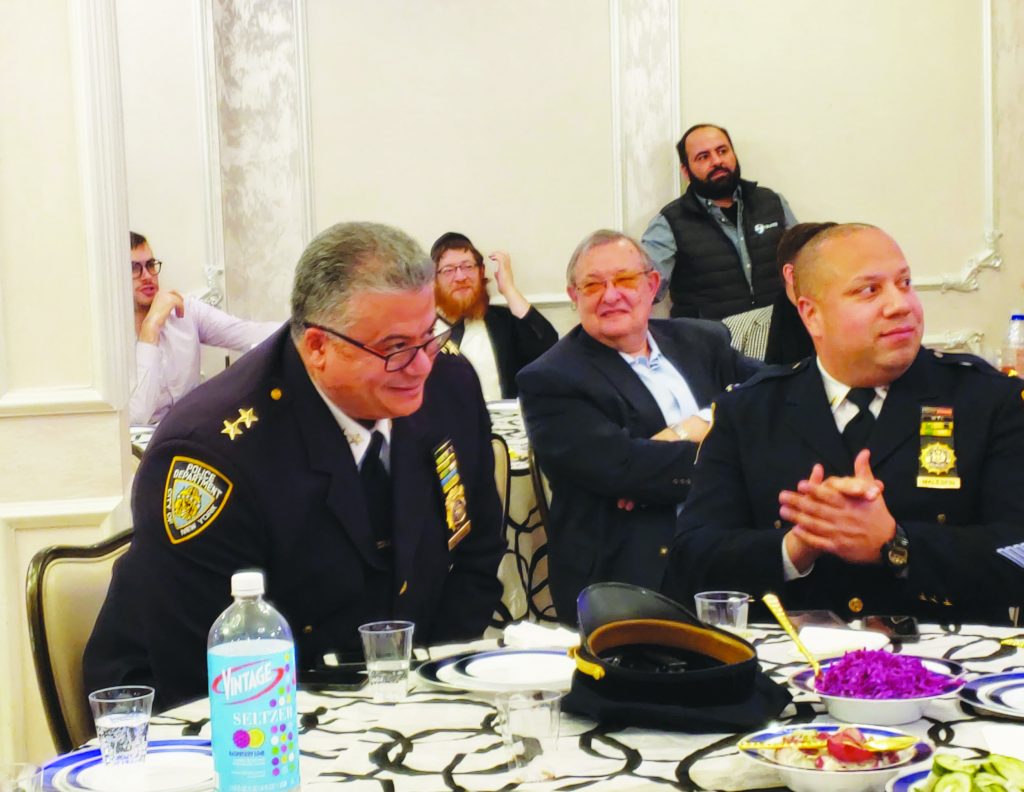 On Tuesday, January 28, Chaverim of Queens held their Members Appreciation Dinner, celebrating 12 years of service to the Queens community. The event, which took place in Fresh Meadows at Beit Eliyahu, was a true success, as Chaverim volunteers were shown appreciation over dinner with words of encouragement and inspiration from community leaders.

The volunteers enjoyed a sumptuous buffet dinner, thanks to the many generous sponsors.
Chaverim of Queens was founded in memory of Mr. Jack Friedman, whose name was synonymous with tzedakah and chessed, and whose name lives on with the work that Chaverim does. The Friedman, Fried, and Mermelstein families were thanked at the dinner and were honored with the Founders Award in recognition of their ongoing support since Day One.
The Distinguished Leadership award was presented to newly-elected Queens District Attorney Melinda Katz for her ongoing support and friendship to the organization.
The Community Service Award was given to Rabbi Daniel Pollack, Special Assistant to Congresswoman Grace Meng, for his help and assistance since Chaverim’s inception. The Hakoras Hatov award was given to Mr. Chaim Steigman for his dedication and commitment to Chaverim and to the Queens community, as he goes above and beyond the call of duty in so many ways to help others.
Mr. Aaron Cyperstein, Esq., President of Chaverim of Queens, acknowledged the participation of Councilmen Barry Grodenchik and Donovan Richards, and Rabbi Aryeh Sokoloff delivered brief but powerful words of inspiration.
Several representatives of the New York Police Department were also in attendance and were publicly thanked for their assistance to the organization.
Chaverim is a 100% volunteer organization that started in January 2008 with just 10 volunteers. Chaverim now has over a 100 volunteers who respond to a few thousand calls per year, going above and beyond the call of duty on a daily basis to assist the Queens community.
Chaverim is actively recruiting male and female dispatchers, as well as day- and nighttime volunteers. For more information, please contact ChaverimofQueens@Yahoo.com.