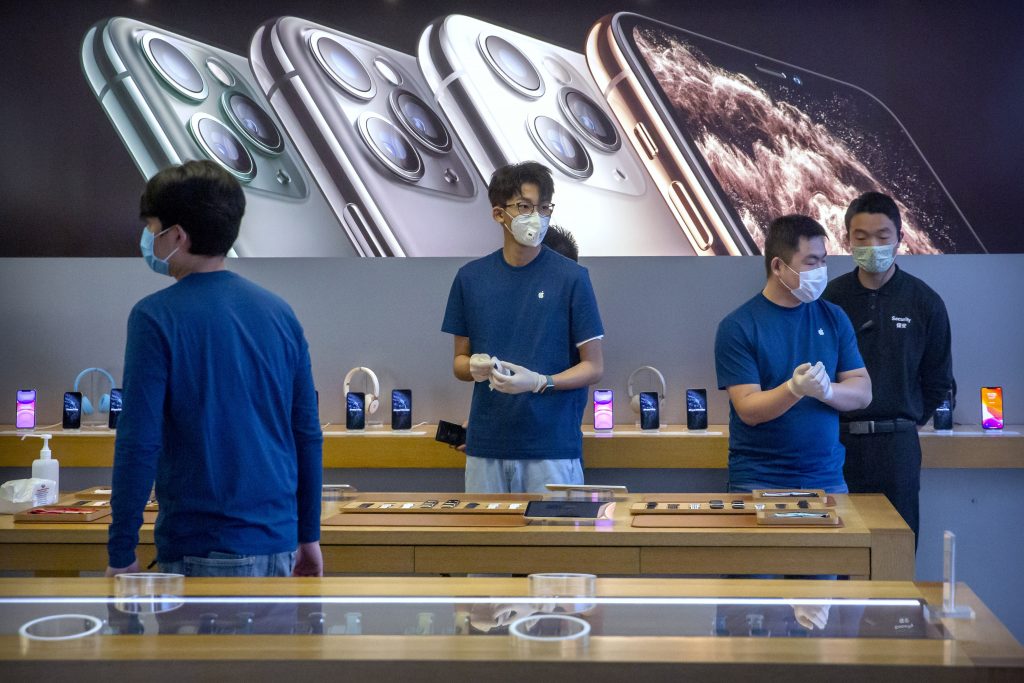 Apple on Monday warned that it expects to fall short of revenue goals in the current quarter because of the coronavirus outbreak, underscoring the far-reaching effects of the public health crisis on the global economy.

In a statement to investors, Apple said that while factories in China were reopening, iPhone production in the country was ramping up more slowly than expected.

“Work is starting to resume around the country, but we are experiencing a slower return to normal conditions than we had anticipated,” the company said. “These iPhone supply shortages will temporarily affect revenues worldwide.”

Demand for Apple products has also dampened in China, where all the company’s stores and many of its partner stores have shuttered, according to the statement. The stores that have remained open were operating on reduced hours “with very low customer traffic,” Apple said.

“The situation is evolving,” Apple said, noting that it would provide more information in its April earnings call. “Apple is fundamentally strong, and this disruption to our business is only temporary.”

The announcement added to the mounting economic fallout from the coronavirus epidemic, which has sickened nearly 71,000 people and killed more than 1,700, the majority in central China.

Factories throughout China closed in response to the outbreak, sapping production in a range of industries. Many have reopened in the past week, but legions of employees in the sprawling quarantine zone in Wuhan, a city of 11 million people, have had trouble returning to work.

Analysts expect the global economy to shrink this quarter for the first time since 2009 as a consequence of the outbreak.

Foxconn, a major electronics producer for Apple, said last week that most of its facilities would not be able to resume operations until the end of the month.

The deadly outbreak has already taken a heavy toll on the global automotive industry. Nissan temporarily closed a factory in Japan after running short on parts from China. Hyundai closed a factory in South Korea after facing similar shortages, and Fiat Chrysler warned that it may do the same.