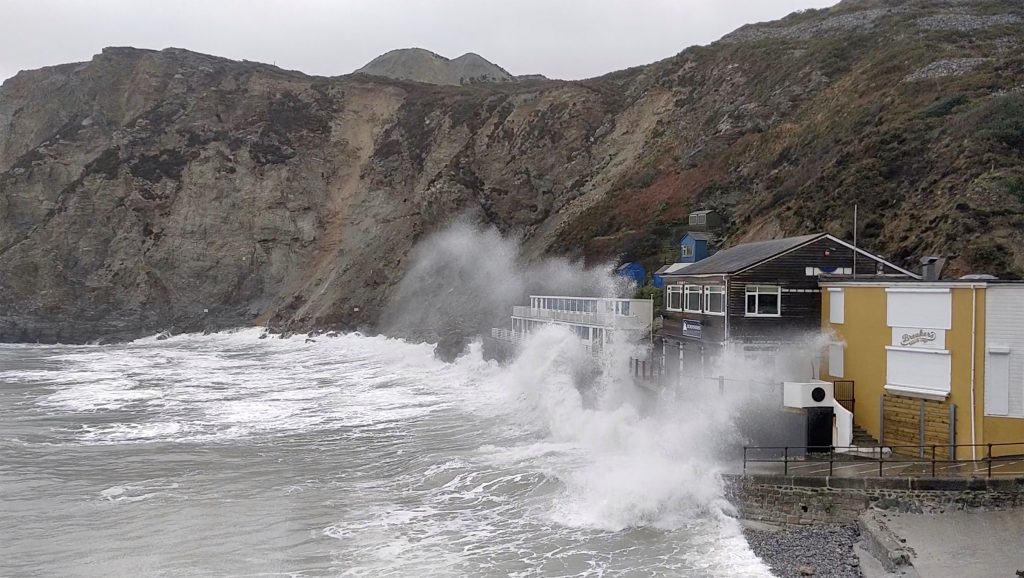 Storm Dennis roared across Britain on Sunday, lashing towns and cities with high winds and dumping so much rain that authorities urged residents to protect themselves from “life-threatening floods” in Wales and Scotland.

As the winds churned up enormous waves in the North Atlantic and the North Sea, the bodies of two men were pulled from the water Saturday in two separate searches off England’s eastern coast.

Severe flood warnings were issued for the River Neath in south Wales and local media reported the River Taff had burst its banks in the Welsh town of Pontypool.

In one 24-hour period, Tredegar in southeast Wales was hit by 105 mm (4.1 inches) of rain, while coastal Welsh village of Aberdaron was blasted by hurricane-force winds up to 91 mph (146 kph).

Hundreds of flights were canceled due to the high winds, while train services were repeatedly disrupted by flooding. The travel chaos affected tens of thousands of passengers on a key weekend for British families as schools closed for the midwinter break.