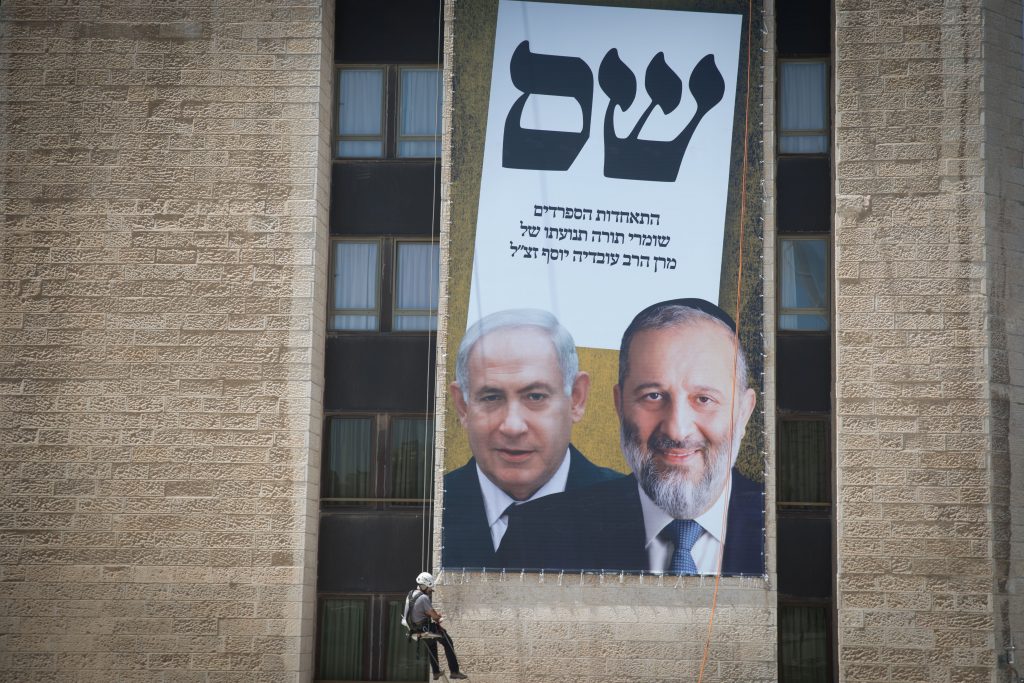 Amid rumors that members of Israeli Prime Minister Binyamin Netanyahu‏‏’s right-religious bloc are holding talks with Benny Gantz’s Blue and White party, they signed a pledge on Sunday to stick together through the March 2 elections.

A letter to that effect was signed by Yamina, United Torah Judaism and Shas, according to Channel 13. The letter was reportedly the initiative of Shas leader Rabbi Aryeh Deri.

“We’ll only support Netanyahu. We are convinced that the right-wing bloc will succeed in getting 61 seats in the elections and assembling a national and strong government for the people of Israeli,” the letter was quoted as saying.

Despite polls showing that neither Netanyahu nor Gantz can get enough MKs for a Knesset majority, reports in recent days have said that Netanyahu’s Likud party has shifted its emphasis from mass media to grassroots campaigning, which they hope will yield the additional seats needed to reach 61.

In response, the Blue and White party predicted that the loyalty statement will lead to a fourth election round. The stalemate that arose after the September voting was partly due to Blue and White’s refusal to accept the religious parties as negotiating partners.

Meanwhile, Gantz’s party was ordered by the Central Elections Committee to remove an online campaign post that includes a picture of Israeli soldiers who were injured earlier this month during a suspected car-ramming attack in Yerushalayim, The Times of Israel said on Sunday.

Justice Neal Hendel, the head of the committee, also fined Gantz 4,000 shekels ($1,167) for the violation of the law, which bans using uniformed soldiers in campaign material and makes it illegal to campaign on IDF bases.