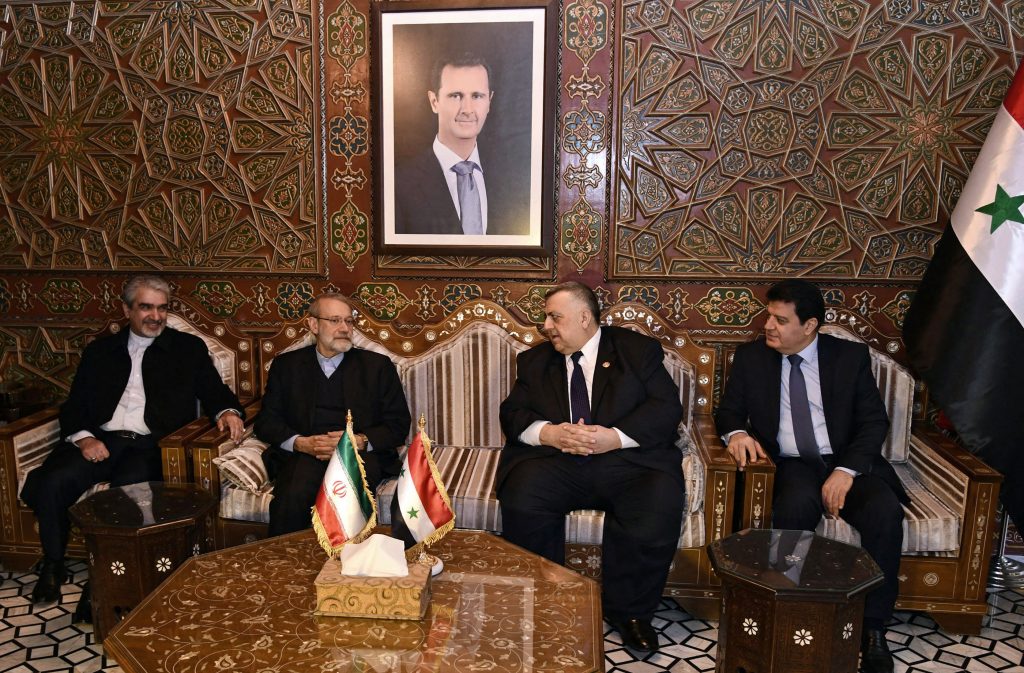 Syria’s President Bashar Assad said on Sunday his government was determined to win back all Syrian territories, as state media reported significant advances against the last rebel-held enclaves in the country’s northwest.

The Syrian government offensive has piled pressure on opposition forces backed by Turkey. On Sunday, Syrian troops captured at least 30 villages and towns in the western Aleppo countryside, state media and activists said.

The fighting in rural Aleppo and nearby Idlib province has unleashed a humanitarian crisis. Over 800,000 civilians out of nearly 4 million living in the enclave have been displaced, living in open fields and temporary shelters for the most part in harsh winter conditions.

The Syrian government’s new advance effectively secures its hold on Aleppo province and its capital for the first time since 2012.

State news agency SANA reported 30 villages and towns around the city were captured on Sunday.

“This means the control of Aleppo (city), and the countryside and securing all of Aleppo,” Abdul-Rahman said.

The armed opposition is now squeezed into a shrinking area of nearby Idlib province, where the government is also on the offensive. The opposition had been driven out of Aleppo city’s eastern quarters in late 2016, which they controlled for years while battling government forces who were in charge in the western part.

“The Syrian people are determined to liberate all Syrian territories,” President Assad said, according to the Syrian state news agency on Sunday.

Assad was speaking during a meeting with visiting Iranian parliamentary speaker Ali Larijani. Both Iran and Russia have heavily backed Assad in the civil war.

The Syrian leader also claimed “terrorists” in northwestern Syria were using residents as “human shields,” in an attempt to stop Syrian troops from advancing into the territory.

Syria’s government considers all the opposition in the nine-year war as “terrorists” and has repeatedly leveled accusation that they take residents of areas they control as hostages. But many of the displaced people in Syria’s Idlib province have fled the fighting in other parts of the country, choosing to live in areas outside of government control.

Turkey has sent thousands of troops and equipment into the opposition enclave, in an attempt to stall the government advance.

Turkey, which backs the opposition, has called for an end to the Syrian government offensive. It also fears that the displaced may overwhelm its borders. Turkey is already home to more than 3.5 million Syrian refugees. The United Nations has also called for a ceasefire.

Larijani, meanwhile, reiterated his country’s support for Syria in fighting terrorism. Iran has played a key role in supporting Assad’s war efforts, sending financial support as well as fighters to back up Syrian military operations.

Support from Russia and Iran has enabled Assad’s forces to regain control of much of the territories they had lost to armed groups who worked to topple him.

Over 400,000 people have been killed and half of Syria’s population displaced since peaceful protests in 2011 turned into a civil war stoked by foreign interventions.