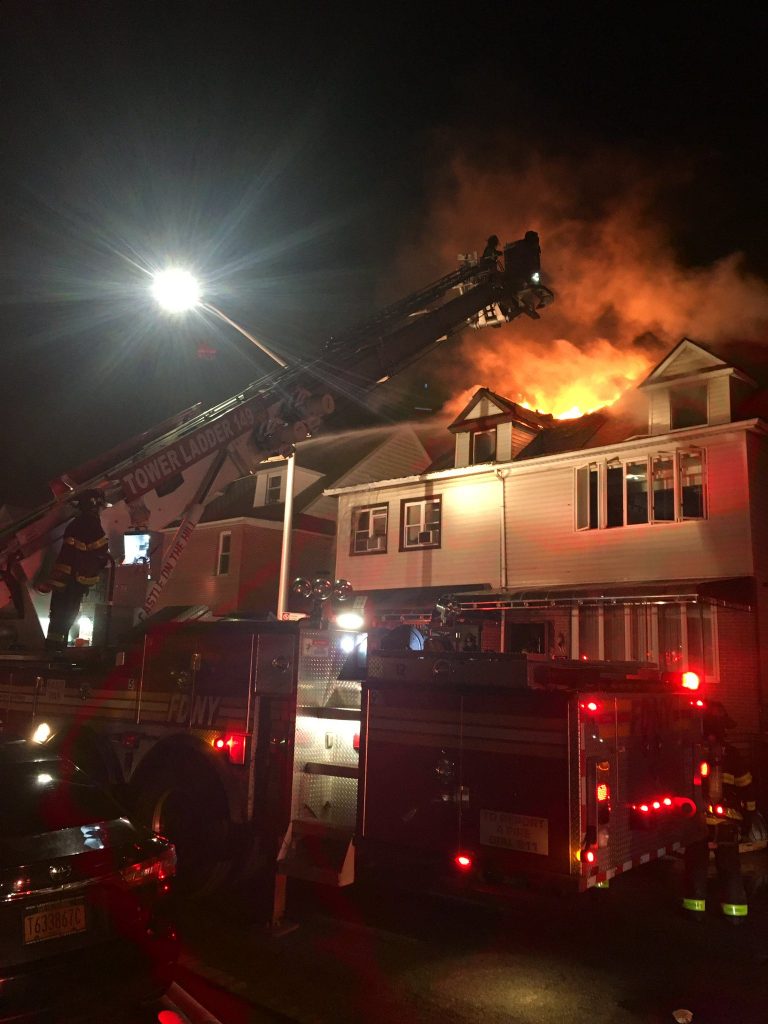 FDNY reported that a fire broke out Friday night at 12:30 pm in the second floor of a two story house located 1948 85th Street in Bensonhurst was accidental, and was the result of careless discard of smoking materials.

Over 120 firefighters were involved in fighting the blaze as it went to three alarms before the FDNY was able to get it under control at 2:00 am. Only one firefighter suffered a minor injury. Hatzalah services were not needed.

Twenty nine people were displaced by the fire which tore through the house and cause extensive structural damage, but there were no injuries to the residents of the house.