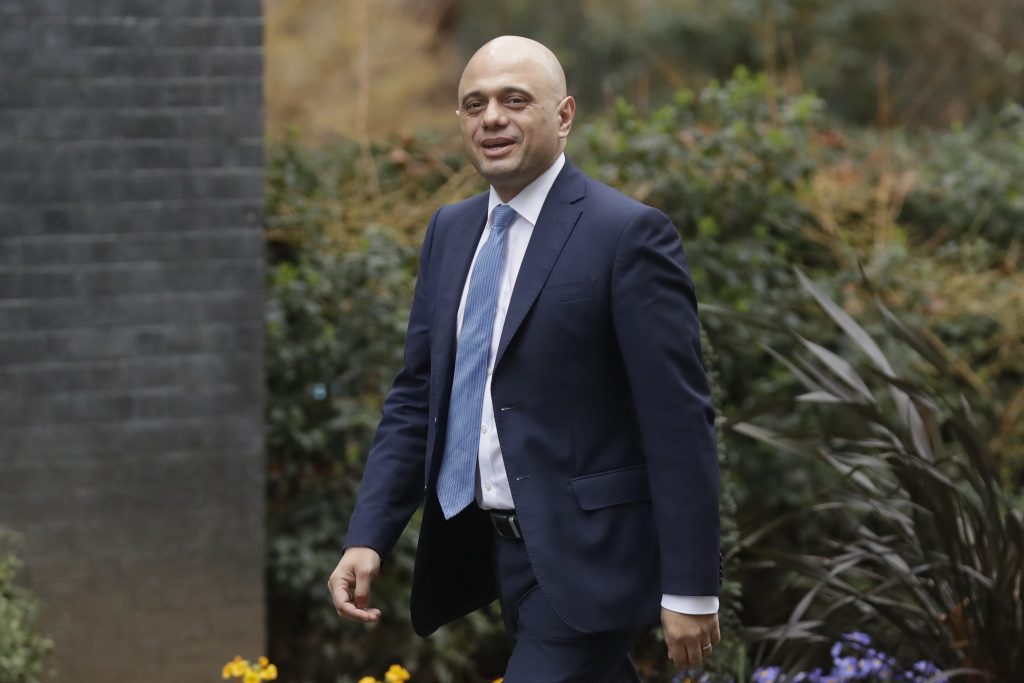 U.K. Treasury chief Sajid Javid resigned Thursday, in a shock development on the day that Prime Minister Boris Johnson is shaking up his Conservative government.

Javid had been widely expected to keep his job in the Cabinet shakeup.

But a spokesman confirmed that he had quit.

Javid’s resignation follows reports he had clashed with Johnson’s powerful adviser, Dominic Cummings. Javid had been due to deliver his annual budget next month.

Johnson appointed Rishi Sunak as his new finance minister, the government said in a statement. Sunak, 39, previously served as chief secretary to the Treasury, the second in command to the finance minister.

Johnson was aiming to tighten his grip on government after winning a big parliamentary majority in December’s election. That victory allowed Johnson to take Britain out of the European Union last month, delivering on his key election promise.

Now his Conservative administration faces the even bigger challenge of negotiating a new relationship with the 27-nation EU by the end of this year. The two sides are aiming to have a deal covering trade, security and other areas in place by the time a post-Brexit transition period ends on Dec. 31.

So far, the two sides are far apart in their demands. And even with a deal, the U.K. faces a huge adjustment when decades of seamless trade and travel with the EU end at the start of 2021.

As well as reworking his Cabinet, Johnson needs to appoint a new leader for the U.N. climate change conference that Britain is due to host later this year. The summit, known as the 26th Conference of the Parties, or COP26, is scheduled to be held in Glasgow in November.

Planning has got off to a rocky start, with Johnson last week firing Claire O’Neill, a former British government minister appointed last year to head up the event.