Business Tesla Offers $2B in Added Shares, Stock Up Despite Dilution
Business 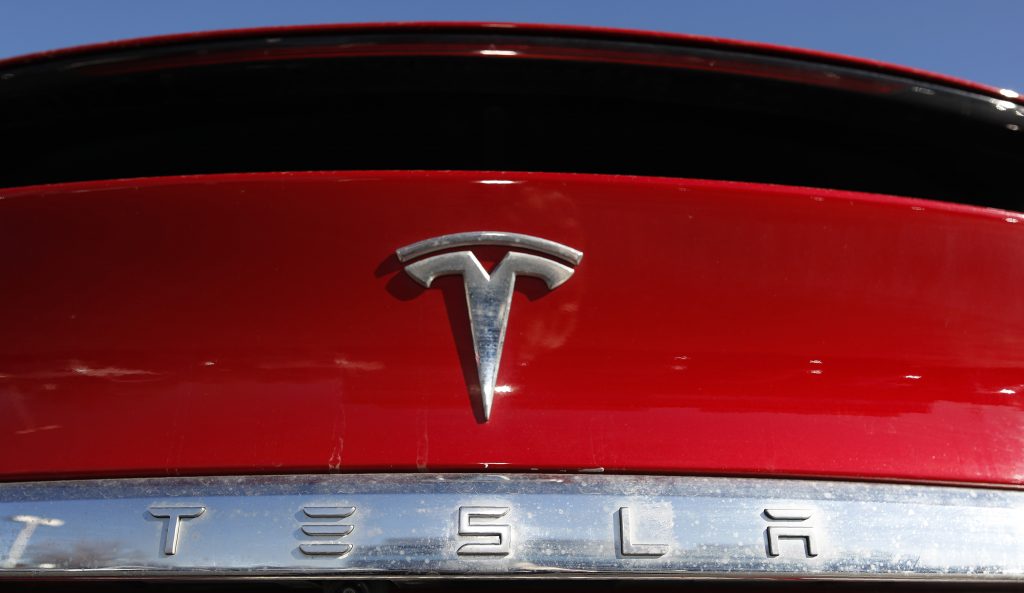 Shares of Tesla rose more than 5% in trading Thursday morning after the electric vehicle and solar panel maker said it would sell over $2 billion worth of additional shares.

The sale takes advantage of the company’s meteoric stock rise in the past eight months. It comes just two weeks after CEO Elon Musk said the company had enough cash to fund its capital programs and it didn’t need to raise any more money.

Tesla says that underwriters of the share sale have a 30-day option to buy another $300 million in common stock.

In its statement, Tesla says Musk will buy $10 million worth of the stock while billionaire board member and Oracle co-founder Larry Ellison will buy shares worth $1 million.

The Palo Alto, California, company will use the proceeds to strengthen its balance sheet and for general corporate purposes.

Tesla currently has just over 180 million shares outstanding, and it says in filings with the U.S. Securities and Exchange Commission that the sale will add 2.65 million.

In a filing Thursday, Tesla Inc. estimated that the net proceeds from the sale would be $2.31 billion if the underwriters exercise options to buy shares.

The numbers are assumed on the shares being sold for $767.29 each, the closing price of the stock on Wednesday. Each additional dollar on the share price would add about $2.6 million to the proceeds, the filing said.

The stock has more than quadrupled in value since June of last year. In trading Thursday afternoon, the shares were up 5.4% at $808.51.

On the company’s fourth-quarter earnings conference call on Jan. 29, Musk was asked about raising capital since the stock had risen so dramatically.

Musk replied that the company was spending money as fast as it could spend sensibly, yet it’s still generating cash. “So in light of that, it doesn’t make sense to raise money because we expect to generate cash despite this growth level,” he told analysts.

In a note to investors, Wedbush analyst Daniel Ives called the stock sale a smart move because the shares are in a strong position as electric vehicle demand is starting to reach an inflection point, with China as the main driver.

He also wrote that the sale removes a potential cash shortage down the road. “The bulls (which we agree with) will say this essentially rips the Band-Aid off and takes the doomsday cash crunch scenario some predicted down the road now off the table,” Ives wrote.

Tesla also disclosed on Thursday that the SEC in December subpoenaed information about financial data and contracts, including the company’s financing arrangements. In its annual report, the company also said the U.S. Justice Department has asked for information about Musk’s statements that he had funding secured to take the company private, and about production rates for the Model 3 sedan. The funding had not been lined up.

The SEC probe into statements about taking the company private was closed with a $40 million settlement, Tesla said. The securities agency also closed its probe into projections of Model 3 production rates, the annual report stated.

“To our knowledge, no government agency in any ongoing investigation has concluded that any wrongdoing occurred,” the filing said.