Israel Gantz Having it Both Ways, Right and Left
Israel 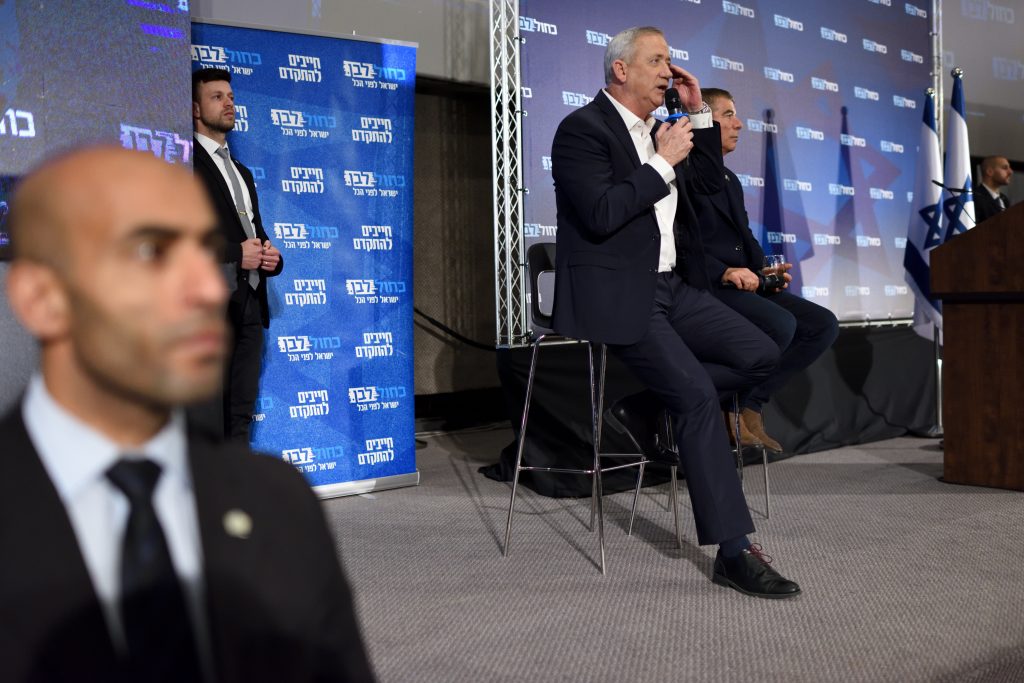 While politicians usually deny accusations of trying to be all things to all people, Benny Gantz tested a novel approach on Thursday—avowing it as a basic campaign strategy.

“When I look at my position, you can hear in terms of security I’m a bit to the right,” the former IDF chief of staff said Wednesday at a campaign event in Kfar Saba.

“Socioeconomically, I hope you could notice that I’m really to the left because I want to look out for the most vulnerable people in society,” he was quoted by The Times of Israel as saying.

Gantz made the comment in response to an audience member who suggested raising taxes on imported goods to boost local industries and create jobs.

It was an interesting moment for Gantz, who has been fighting off accusations from Israeli Prime Minister Binyamin Netanyahu that his Blue and White party is really to the left, and not the centrist party it purports to be. But the issue has been security and the Palestinians, where Gantz does not concede his rightist credentials; his self-identification with the left on Thursday was specifically on socioeconomic issues.

Netanyahu, by contrast, has always presented himself as a champion of the free market economy.

In a video on Wednesday, the prime minister said: “There was a closed economy here, a Histadrut economy, an economy that just choked any initiative. But we came, I came, as prime minister and I opened up everything.”

Netanyahu also asserted that Blue and White MK Avi Nissenkorn, a former head of the Histadrut labor federation, would be appointed finance minister in a Gantz-led government.

Sensitive to such charges, Blue and White hasn’t wanted to appear that far to the left. Senior MK Gabi Ashkenazi said last year the party wouldn’t “have a culture of unions.” However, he did not deny that Nissenkorn would be a leading candidate for finance minister.

Regarding the Trump administration peace plan, Gantz came out in support of it, but has stipulated that any final disposition of borders and other issues must be in coordination with the Palestinians and the international community, effectively thwarting annexation in the Jordan Valley and Yehuda and Shomron for the foreseeable future, not a position that the right wing, agitating for immediate annexation, can accept.