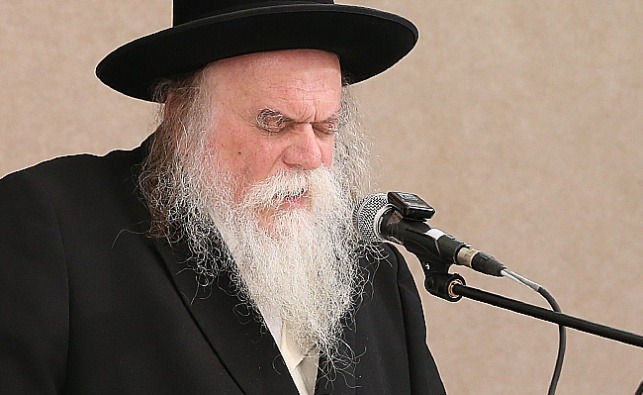 He was born in Switzerland, in Elul 5711/1951. His parents were Harav Chaim Aryeh, zt”l, and his mother Rebbetzin Yehudit Erlanger, a”h.

As a bachur, he learned in Yeshivos Ponevez and Brisk, and he was considered one of the foremost talmidim.

When he came of age, Reb Sender was chosen as a chassan by Harav Eliezer Tzadok Turtzin, zt”l, of Bnei Brak who was a mechaber sefarim and was very close with the Chazon Ish and the Brisker Rav, zt”l.

With his vast knowledge in Toras Hanistar, Reb Sender was looked up to as one of the leading mekubalim in Bnei Brak.

He was noted for his compassionate heart, doing all he could, both by strengthening and encouraging Torah learners and by doing much tzedakah and chessed with the tremendous amounts of tzedakah that went through his hands, as he was regarded as a faithful gabbai tzedakah.

For many years Reb Sender led a kollel in Tel Aviv.

Twenty years ago, he was in a very serious medical condition, and after he recuperated, he undertook to deal more in zikkui harabbim, dedicating himself to give drashos to the public, as well as to publish his sefarim. His famed drashos on Tishah B’Av in Bnei Brak drew crowds of thousands.

Reb Sender was hospitalized several times in recent years due to an illness, and in the last days his condition worsened. He was niftar Thursday, surrounded by family members.

He is survived by, lhbch”l, his wife, Rebbetzin Miriam, children, grandchildren and many great-grandchildren. The levayah will be held later Thursday in Bnei Brak.