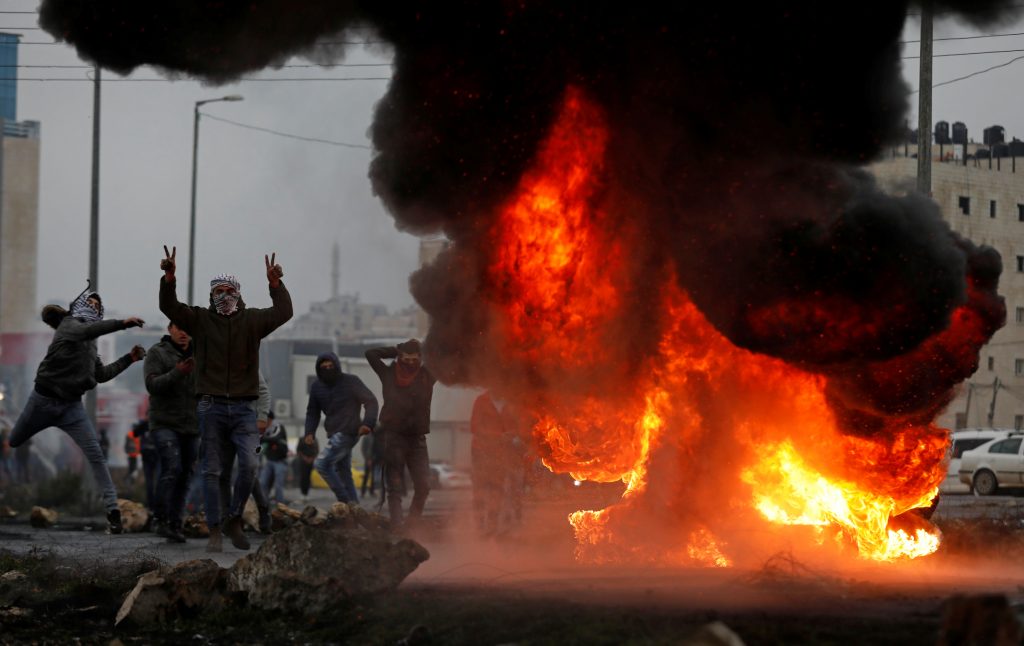 While the debate continues in Israel on implementing the annexation part of the “deal of the century” peace plan, the vast majority of Palestinian Authority Arabs – 94% – oppose the plan, a poll by a Ramallah-based polling group said. A representative poll of 1,270 PA Arabs living in 127 towns and villages throughout Palestinian Authority-controlled areas of Yehudah and Shomron showed that support for the plan presented by U.S. President Donald Trump is practically non-existent, with just 4% of PA Arabs in favor, according to the poll.

In addition, the poll, Channel 13 reported, showed that 84% of PA Arabs want the Palestinian Authority to “de-recognize” Israel, and break off all civil relations with it. 77% are also in favor of cutting off security ties with Israel. With that, 68% said they did not think PA Chief Mahmoud Abbas would break off those ties, as the PA relies on them to prevent a Hamas takeover as well.

When asked how they should fight against the Trump plan, 78% said they were in favor of non-violent demonstrations. However, a sizable chunk of those also said that PA Arabs needed to conduct a third intifada against Israel; overall, 64% of all those polled favored an intifada. But nearly three quarters said that despite their preference for violence, Abbas was unlikely to allow any violence in the fight against the plan, the poll showed.