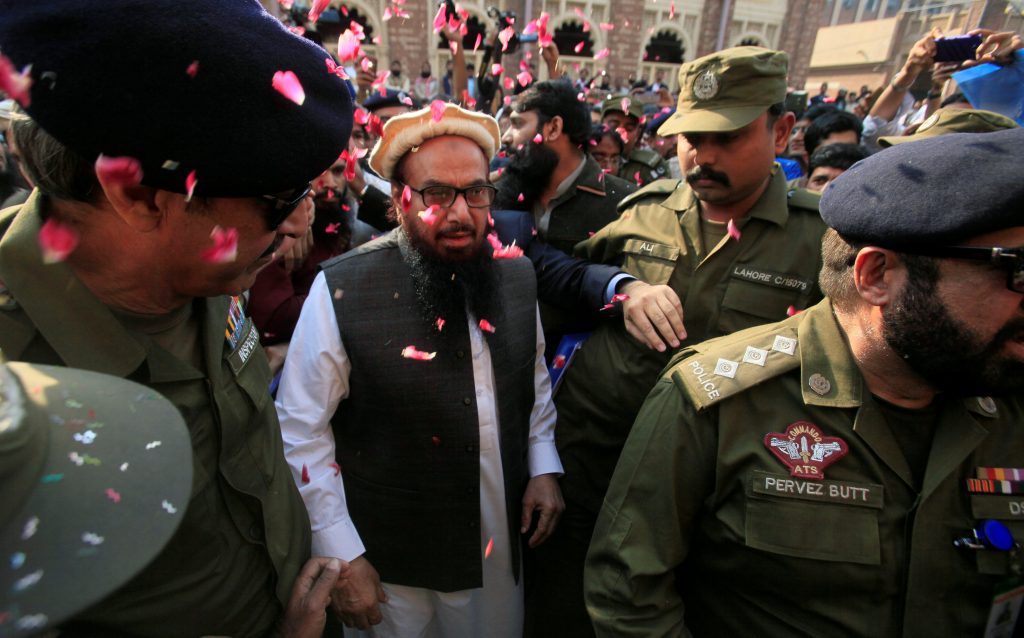 Hafiz Saeed, accused by India and the United States of masterminding the 2008 attacks in Mumbai, was jailed for 11 years in Pakistan on Wednesday on terrorism financing charges, a government prosecutor and defense lawyer said.

The ruling came days ahead of a meeting of a world financial watchdog, Financial Action Task Force, next week to decide whether to blacklist Pakistan on failure to curb terrorism financing. His lawyer said he would appeal.

Saeed was charged in Pakistan in December with collecting funds for his banned organisations, which the U.N. and the United States have designated as terrorist groups. He pleaded not guilty.

“Hafiz Saeed and another of his close aides have been sentenced in two cases of terrorism financing,” prosecutor Abdul Rauf Watto told Reuters.

“The total punishment in both the cases was 11 years but he will serve five and a half years in jail as the two punishments will run concurrently,” Saeed’s lawyer Imran Gill said. “We will appeal against the verdict.”

Saeed is the founder of Lashkar-e-Taiba (LeT), or the Army of the Pure, a group blamed by India and the United States for the four-day Mumbai siege, in which 160 people were killed.

Saeed has denied any involvement in the Mumbai attacks and says his network, which spans 300 seminaries and schools, hospitals, a publishing house and ambulance services, has no ties to terror groups.