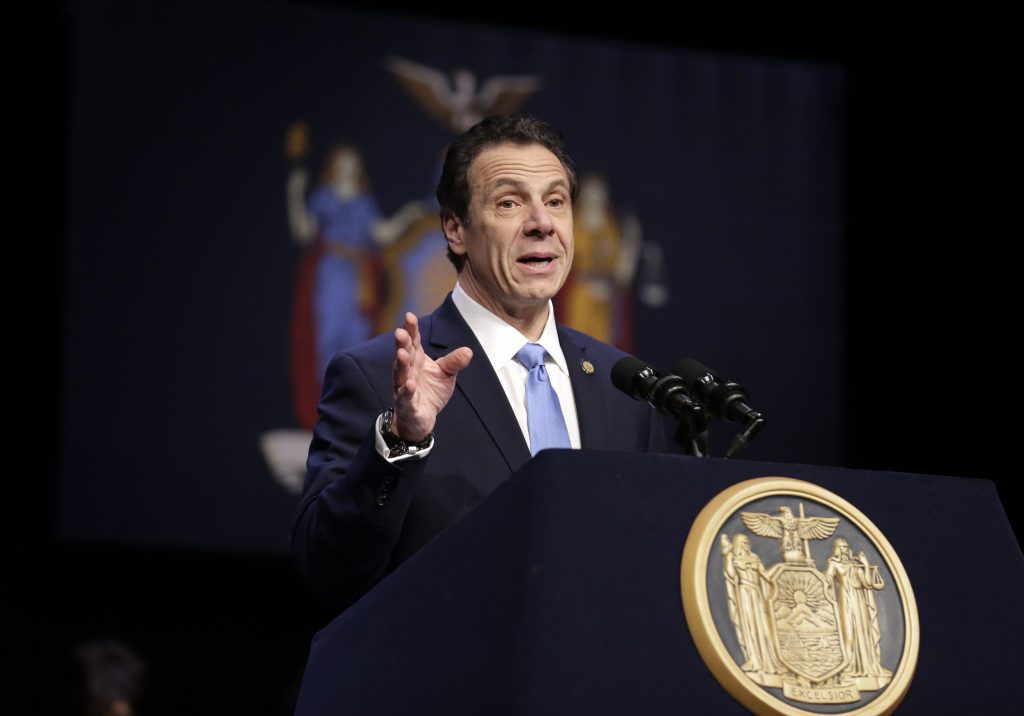 New York’s governor plans to propose to President Donald Trump that the state could share some driving records with federal immigration agencies if the administration reverses its move to block state residents from Global Entry and other programs that allow travelers to avoid long border security lines.

Gov. Andrew Cuomo says he plans to meet with Trump on Thursday; the White House confirmed the meeting. Cuomo said he would only propose giving federal officials access to the state driving records of applicants to traveler programs who undergo a sit-down interview with federal officials and supply documents such as a passport.

Acting Department of Homeland Security Secretary Ken Cuccinelli announced last week that New Yorkers would no longer be allowed to enroll or re-enroll in the traveler programs.

New York’s lawsuit claims the Trump administration’s decision was intended to punish the state for enacting a law that lets immigrants in the country illegally get drivers licenses and bars federal immigration agents from accessing state motor vehicle records.

But Cuccinelli said it was a necessary step because New York’s new law had endangered public safety by making it tougher for immigration and border agents to quickly confirm someone’s identification, check for fugitive warrants or see if a person has a criminal record.

More than a dozen states have passed laws allowing people who are not legal U.S. residents to get driver’s licenses.

New York’s DMV database now includes people who are in the U.S. illegally but who have driver’s licenses. Cuomo said he believes Trump simply wants access to records on those people, so federal immigration officials can have a “feeding frenzy.” He noted that people who are in the U.S. illegally couldn’t apply for the “trusted traveler” programs anyway because it would be tantamount to turning themselves over to federal agents.

“I will never give them access to the DMV database,” Cuomo said. “And I think that’s what they really want.”

“Because if they don’t accept this, then what they’re admitting is they’re just playing politics,” Cuomo said.

White House spokesman Hogan Gidley said Wednesday that the president simply wants to keep Americans safe. He said that New York City residents understand the importance of ensuring people have proper identification when they enter the country in light of the Sept. 11, 2001, attacks on the city.

“I hope that Gov. Cuomo can work with the president and come forward with some type of solution that allows the federal government to do its main function, which is to protect all Americans and their families,” Gidley said.