Hamodia is saddened to inform of the petirah of Harav Yekusiel Yehuda Bittersfeld, zt”l, who was niftar at age 90. Rav Bittersfeld was a marbitz Torah for many years in Boro Park in Yeshiva Be’er Shmuel and in Flatbush in Yeshiva Harbotzas Torah.

As a young child, he was orphaned from his father during the holocaust, and afterwards immigrated to Eretz Yisrael together with his mother. He joined Yeshivas Ponovez, where he learned for a while.

He was asked to travel to America to raise funds for Pe’elim, and during his stay, he spent Simchas Torah in Lakewood with Hagaon Harav Aharon Kotler, zt”l. He decided that his place was with Rav Aharon, and he joined Beis Medrash Govoha.

Rav Aharon took Rav Yekusiel under his wing, and served as his shadchan when he married the daughter of Harav Chaim Tzvi Kruger, zt”l, the Rav of Brussels, Belgium. The Satmar Rebbe, zy”a, attended his  Sheva Brachos, since Rav Bittersfeld was a descendant of the Yismach Moshe. (Rav Bittersfeld’s yichus included Rav Usher of Ropshitz and the Kolbesover Rav as well.)

Some thirty years ago, Rav Bittersfeld opened Yeshiva Harbotzas Hatorah in Flatbush, which today is a Kollel where yungeleit learn under the leadership of his son, Harav Shmuel Yosef, who also serves as the Rav of Bais Nachum in the Brookhill neighborhood in Lakewood, NJ.

Kevurah is scheduled to be on Har Hazeisim on Thursday.

Rav Yekusiel Yehudah is survived by ybl”c his dedicated Rebbitzen, who stood at his side and assisted her husband is all his endeavors; his daughters, Rebbitzen Henny Schiff of Monsey and Rebbitzen Goldie Nussbaum of Toronto; his son Harav Avraham Aharon of Yerushalayim and his son Harav Shmuel Yosef of Lakewood. 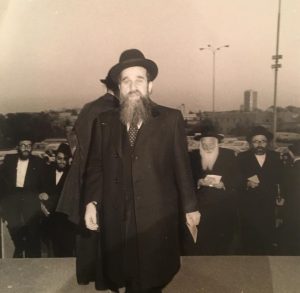