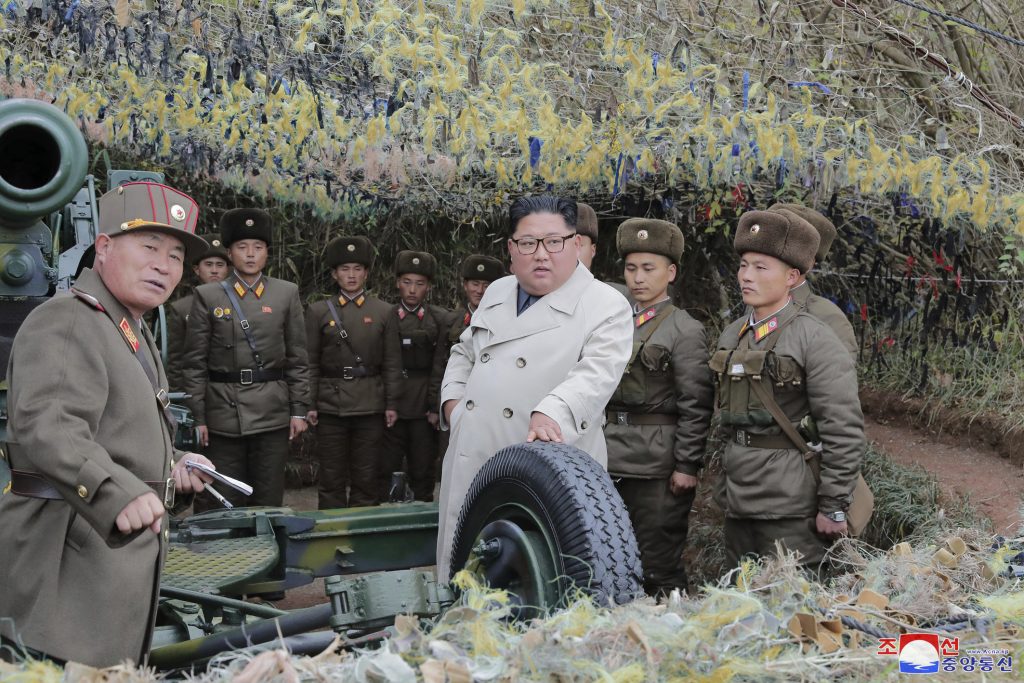 North Korea continued to enhance its nuclear and ballistic missile programs last year in breach of United Nations sanctions, according to a confidential U.N. report seen by Reuters on Monday.

The country also illicitly imported refined petroleum and exported some $370 million worth of coal with the help of Chinese barges, the report added.

The 67-page report to the U.N. Security Council North Korea sanctions committee, which is due to be made public next month, comes as the United States tries to revive stalled denuclearization talks with North Korea.

“In 2019, the Democratic People’s Republic of Korea (DPRK) did not halt its illicit nuclear and ballistic missile programs, which it continued to enhance, in violation of Security Council resolutions,” the independent U.N. sanctions monitors wrote.

“Despite its extensive indigenous capability, it uses illicit external procurement for some components and technology.”

North Korea has been subjected to U.N. sanctions since 2006. They have been strengthened by the 15-member Security Council over the years in a bid to cut off funding for Pyongyang’s nuclear and ballistic missile programs.

The sanctions monitors said that in a fresh bid to evade sanctions, North Korea had started to export millions of tons of commodities – banned since 2017 – using barges.

“According to a Member State, the DPRK exported 3.7 million metric tons of coal between January and August 2019, with an estimated value of $370 million,” the report said.

“According to the Member State, most DPRK coal exports, an estimated 2.8 million metric tons, were conducted via ship-to-ship transfers from DPRK-flagged vessels to Chinese local barges.”

The unidentified member state told the monitors that barges had delivered coal directly to three ports in China’s Hangzhou Bay and also to facilities along the Yangtze River.

The U.N. monitors also said a member state reported that North Korea had exported at least one million tons of sand from river dredging, worth at least $22 million, to Chinese ports.

In a statement, China’s mission to the United Nations described any accusations against China as “baseless.”

“On the implementation of the Security Council resolutions concerning the DPRK, China has always faithfully and seriously fulfilled its international obligations and sustained huge losses and tremendous pressure in the process,” said a representative of China’s U.N. mission.

In Beijing on Tuesday, a Foreign Ministry spokesman said China was concerned about the leak of the report, which he said should be strictly confidential, as it had not yet been officially released.

Since 2017, North Korea’s annual imports of refined petroleum have been capped by the U.N. Security Council at 500,000 barrels. The monitors said the United States reported that between Jan. 1 and Oct. 31 last year, Pyongyang imported refined petroleum that exceeded the cap “many times over.”

While U.N. sanctions are not meant to harm North Korean civilians, the U.N. report said: “There can be little doubt that U.N. sanctions have had unintended effects on the humanitarian situation and aid operations, although access to data and evidence is limited and there is no reliable methodology that disambiguates U.N. sanctions from other factors.”

Russia and China have raised concerns that sanctions were harming North Korean civilians, and have expressed hope that easing some restrictions could help break the deadlock in nuclear talks between Washington and Pyongyang.

But the United States, France and Britain have said now is not the time to consider lifting sanctions.

North Korea has said it is no longer bound by a commitment to halt nuclear and missile testing, blaming the United States for failing to meet an end-2019 deadline to show more flexibility in nuclear talks and in “brutal and inhumane” sanctions.

“It continued to develop infrastructure and capacity for its missile program,” the monitors said.

The sanctions monitors also concluded that North Korea continued to carry out cyberattacks against financial institutions and cryptocurrency exchanges globally.

“These attacks have resulted in monetary losses and have provided illicit revenue for the DPRK in violation of financial sanctions,” the report said.

“These attacks are low-risk, high-reward, difficult to detect, and their increasing sophistication can frustrate attribution.”